How To Get Folders On Any Nokia Windows Phone

Nokia is keen to take the Windows Phone platform and to build on top of it, which is where the company’s Lumia Black software update comes into play. Bringing new software features to handsets like the Lumia 1020 and Lumia 925, the software is available to users of those devices as of today. Other devices will get the update in the coming weeks, we’re told.

One of the features inside Lumia Black that will be of great use is the ability to add folders to the Windows Phone Start screen. Housing apps and settings, the folders mean users of Nokia’s Lumia devices can keep their Start screens a little more tidy without having to lose quick access to some of their favorite apps and settings. 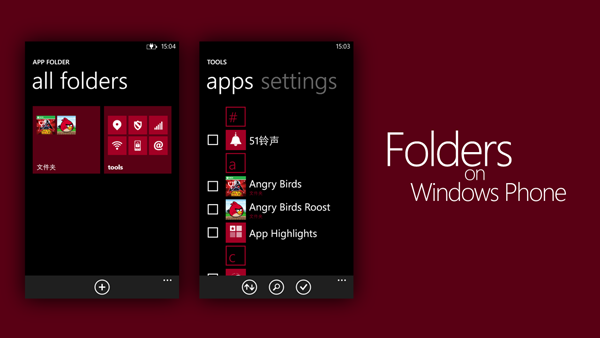 As it turns out though, people don’t need to wait for Lumia Black to arrive before they can get some folder-based action after Nokia made its App Folder app available on the Windows Phone app store. It’s a free download, and effectively brings all of the folder stuff from Lumia Black to any Lumia handset. That means apps and settings can be put into folders and placed on the Start screen, which is pretty cool indeed.

“You can gather similar apps together or keep your most used settings in one place – it’s up to you. Simply create and name a folder, add the apps and settings you want, and then pin it to your Start screen.”

Being able to tidy up the Start screen is something that will be a welcome addition for any Windows Phone user that likes to use plenty of apps regularly, and it’s something that should probably have been there all along. Nokia’s bringing of the feature to its own devices is one thing, but we’d expect to see Windows Phone proper start to include similar features. 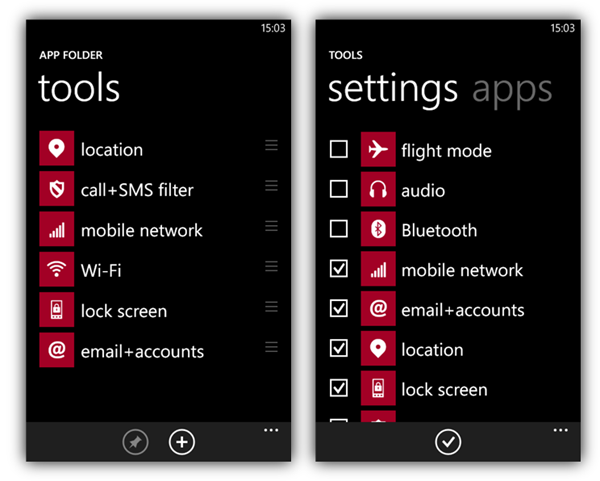 Until then, Nokia’s App Folder is certainly the way to go.

You can download the App Folder app from the link we’ve embedded below. It’s absolutely free, hence there’s no harm in not giving it a shot. And oh, it’s Lumia exclusive, as we mentioned before.