Hot on the heals of a new episodic game featuring Osama Bin Laden’s killing comes a Counter Strike map based on his $1million lair. 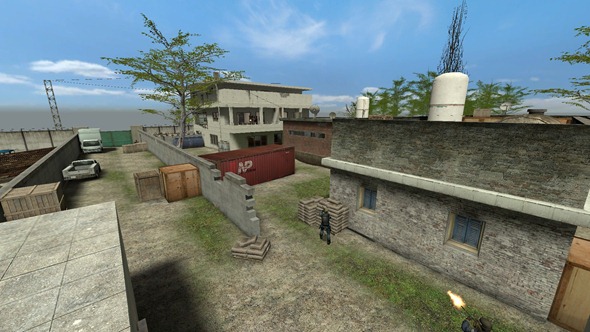 The map, available to download now features the compound Bin Laden reportedly lived in for the years leading up to his death last week.

Currently a multipurpose multiplayer map, its creators say it "may be used as a base for a bomb or hostage map at a later stage."

Based on Osama’s compound in Abbottabad, Pakistan.

Created with SourceSDK (Hammer World Editor) and compiled with VBCT.

Map may be used as a base for a bomb or hostage map at a later stage. 3D skybox will also be added when/if I have time.