Although there tends to be a gap of several years between each new iteration of Microsoft’s Windows operating system, Apple runs a much more regular release cycle, and despite releasing OS X Lion only last year, its successor Mountain Lion looks geared up for a late summer release.

Amalgamating the best features of iOS and OS X, it’s an exciting prospect for fans of both the respective platforms, and although the teaser earlier this year certainly looked promising, it remains to be seen whether the harmonious matrimony of two rather different ecosystems works in the Cupertino company’s favor.

In the meantime, Windows users are gearing up for Windows 8, and the Consumer Preview seeded back in February has received a vary warm welcome from PC users the world over. Combining faster boot times, better functionality and, of course, the Metro UI, it has certainly helped to restore some of the faith in the Redmond-based company which was perhaps lost by the release of the awful Windows Vista. 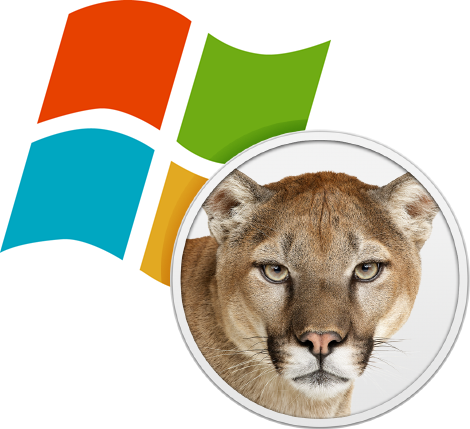 While some machines are running the Windows 8 Consumer Preview and others are running Windows 7, due to a slight, shall we say, technicality, neither will get to run Mountain Lion when it releases in a couple of months time. Still, that hasn’t stopped the modders over at SkinPacks from putting together what appears to be a Mountain Lion-esque transformation pack for Microsoft’s present and future OSes, and as you can see from the screenshots, they’ve done a pretty good job. 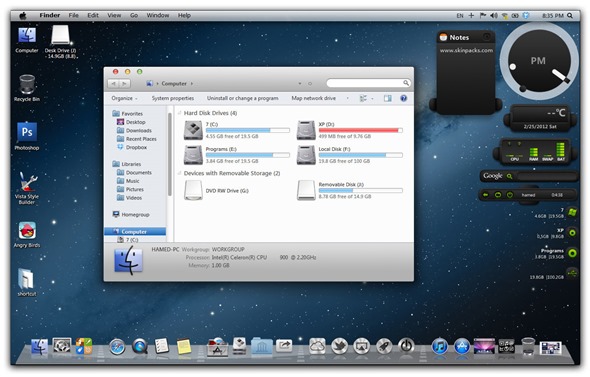 Of course, the fundamentals of Windows are still prevalent, and stick out like a sore thumb, but nonetheless, it’s a stellar effort, and with Apple renowned for finesse when it comes to the UI, it certainly ads a touch of class and elegance to proceedings. 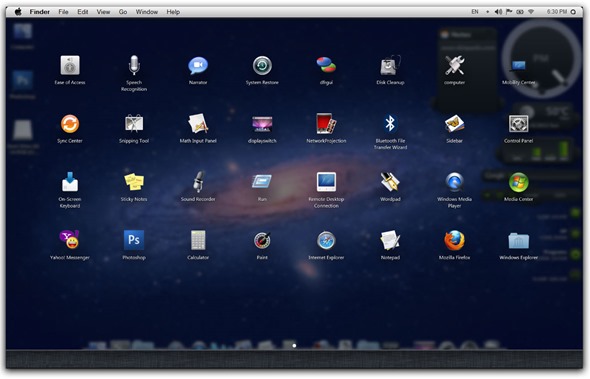 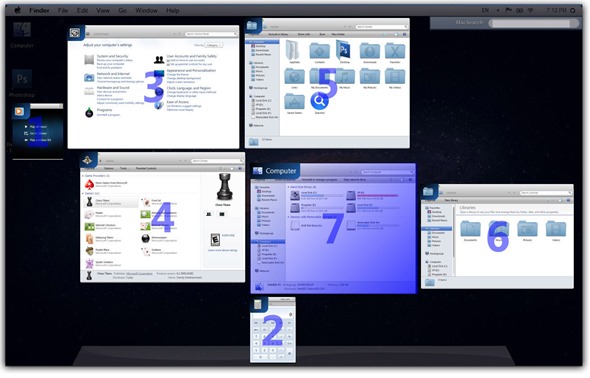 If you would like to give your Windows 7 or 8 desktop the Mountain Lion treatment, then download via the links below. There’s an offline and online installer for each, with the latter offering automatic bug fixes, and there are 32-bit and 64-bit specific installers tailored to your particular machine type.

Download the skin packs from the links below, and let us know if you like the Mountain Lion look via the usual mediums.