Today is fairly busy as far as Apple software is concerned, and off the back of the iTunes 11.2.2 release to the general public on Windows and Mac, the Cupertino giant has just seeded OS X 10.9.4 Mavericks to developers. At this point in time, we don’t know precisely what is packed into the latest beta, but with the recently-released OS X Mavericks 10.9.3 having proved problematic for some users – particularly those running the all-new Mac Pro – here’s to hoping that Apple has worked on refining the overall experience.

Next week, as you’ll surely be aware by now, Apple’s Worldwide Developers Conference will commence, and hopefully, some of the key details regarding OS X 10.10 will unravel. Last year’s unveiling of Mavericks brought precious little over the preceding Mountain Lion, and even though Apple’s desktop platform is set for an iOS 7-like design overhaul this time around, the features and general user experience looks set to remain largely unchanged. 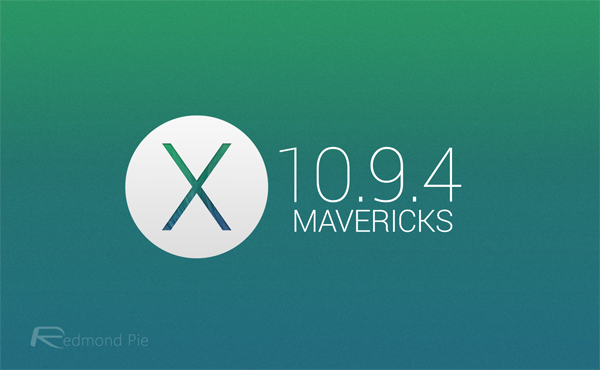 Having added quite a lot to the table with OS X 10.7 Lion and 10.8 Mountain Lion, Apple has since been looking to subtly tweak and streamline functionality for Mac users, and the fact that OS X 10.9.4 already out in beta – so soon after the end user got 10.9.3 – is a testament to this fact.

Even though developers will surely be flocking to this new beta, which we presume contains many bug fixes and performance improvements, we’re now only five days away from the first beta of OS x 10.10, and the start of yet another significant chapter in the Mac software’s life cycle.

Up until recently, those wishing to get involved with OS X betas were required to sign up to the Developers Program, a paid service with a $99 annual fee. But thanks to the introduction of the OS X Beta Seed Program, which first came into play late last month, you can now jump on this unfinished release without having to pony up a dime. 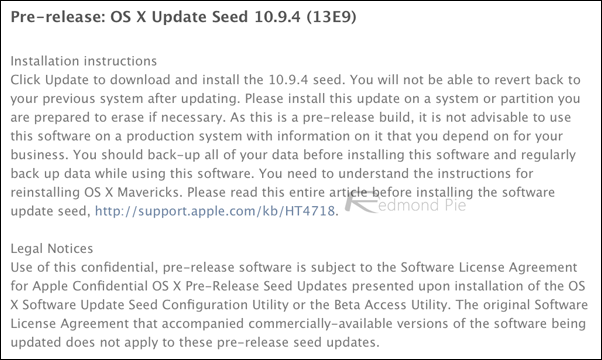 Instead, all you need is your Apple ID, and once you’ve signed up, you can pick up the beta through the Mac App Store app. Regular Apple Developers, as ever, can grab OS X 10.9.4 by doing likewise.

If you spot anything interesting, noteworthy or untoward in the new beta, be sure to leave your feedback in the comments section below!