Apple has just released the 7th Developer Preview of their latest operating system for the Mac, OS X Mavericks 10.9. The new update, carrying the build number 13A569, is aimed towards developers for testing purposes and can be downloaded from the Mac App Store or Mac Dev Center.

OS X Mavericks 10.9 was announced back at WWDC this year, and is the first time in years when Apple decided to break away from their naming-an-OS-after-a-cat convention.

OS X Mavericks carries the same design ethos which we’ve become acquainted to over the years, and most of the changes in the OS are all under the hood. The design language mostly remains unchanged when making the transition from Mountain Lion to Mavericks, unlike iOS 7, which is a major design overhaul when compared to any prior versions of iOS.

Developer Preview 7’s release notes do not reveal much about the update, therefore it’s a safe bet to say that it is more than a big fix and performance improvement update. Though Apple has added a bunch of new wallpapers which will also likely be part of the final release.

It is very important to note here that this update is meant for devs only. If you’re a casual beta tester, keep in mind that this is not, in any case, a primetime ready build, and different bugs and roadblocks are to be expected. 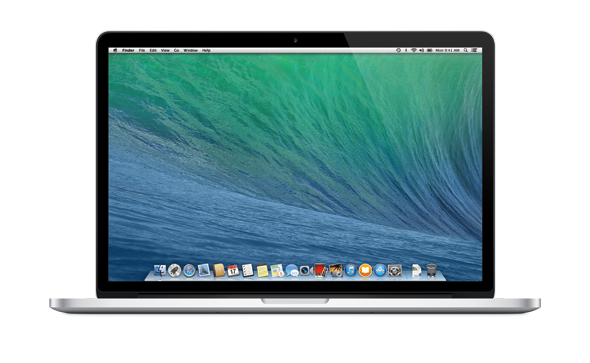 Despite being the 7th release in its beta cycle, we wouldn’t really classify this build as a daily runner on your Mac. You’ve been warned!

As we mentioned at the beginning of this post; OS X Mavericks 10.9 Developer Preview 7 can be downloaded as a free update from the Mac App Store, provided you have one of the previous developer previews installed. Also, you should be a registered developer with Apple in their Mac Dev Program to get access to the beta bits. But you already knew that, right?

OS X Mavericks 10.9 is expected to be available this fall, and if we’re lucky enough, we might also see a bunch of new Intel Haswell powered notebooks from the Cupertino company as well.