Organize Your Life The Easy Way With Pocket Lists For iPhone

With so many apps claiming to make daily task managing just that tidbit easier, the App Store is a goldmine for those looking to keep their lives in check. Thus, Pocket Lists by 1312 is a mere statistic among the hundreds, but nevertheless manages to tick most of the required boxes – and then some.

The first thing you notice about Pocket Lists is that it takes its "Pocket" title to heart. The interface is intriguingly denim – as denim as a pair of Levi’s – and having seen hundreds – if not thousands – of App Store apps in my time using iOS devices, I have to say, this is a first. 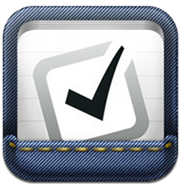 Nevertheless, paired with a felt-tip pen-like font, it makes for a welcoming, uncomplicated app. So many "to-do" apps suffer from over-the-top menus, difficulty in navigation, and generally causing more stress than they profess to alleviate, but this is an app most people can pick up and begin using almost instantaneously. As a rule of thumb, I usually disregard any app with a more than six steps for a tutorial as a waste of time, but thankfully, Pocket Lists is pretty self-explanatory. 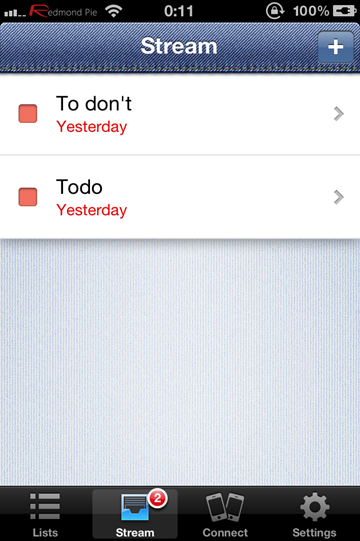 You can click the "+" icon in the top, right-hand corner to add a new list, from which you’re greeted with a plethora of customization features for your list. You can alter the color, icon, or add a passcode lock to the particular list if you so wish, and can also set it to remind you at a certain time or location. 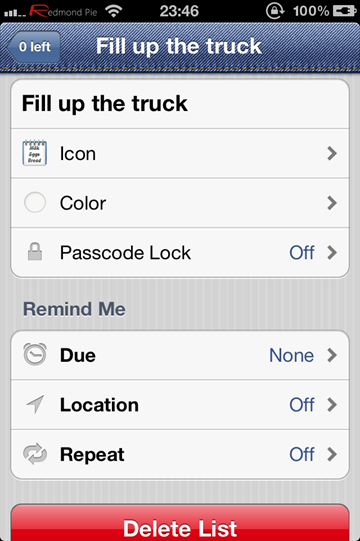 Apple has undercut the reminder/to-do third-party market with its own stock Reminders offering, but Pocket Lists is a shade ahead in terms of versatility and features. If something else crops up and prevents you from completing an entry to your list, for example, you can easily postpone it by an hour, three hours, a day, two days, a week or a month if you so wish.

You can sync your lists with any other iOS device by connecting via Bluetooth or Wi-Fi, and, as you might expect, you can also sync with the native iOS calendar, as well as Google Tasks or Toodledo. 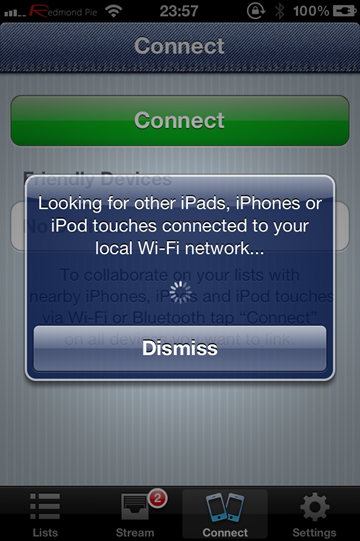 If you like to run a tight ship and keep things organized, then Pocket Lists is certainly one you’ll want to check out. For a mere 99 cents over at the App Store, you’ll be hard-pushed to find better on a budget. Sure, it doesn’t quite reach the heights of, say, ‘Todo’ in terms of features, but, without intending to sound cliché, you do tend to get what you pay for.