Take two technologies that have yet to really get off the ground and mash them together. What do you get? OnLive’s gaming service working on a Google TV of course!

Google’s much maligned Google TV is seeing something of a resurrection at this year’s Consumer Electronics Show, with TV makers seemingly climbing over each other to build Google’s software into their sets. We’re not really sure why, but suspect that the ability to use apps on televisions seems like a good idea to someone in a suit.

The news that OnLive is set to join the game (awful pun unfortunately intended) comes as the firm already has its "OnLive Viewer" app available, which allows gamers to spectate whilst their friends play games. If you are that way inclined, it’s surprisingly good fun. Unfortunately there is no actual gaming allowed using the Viewer app, but OnLive is set to change all that by releasing a fully fledged app for the big screen. 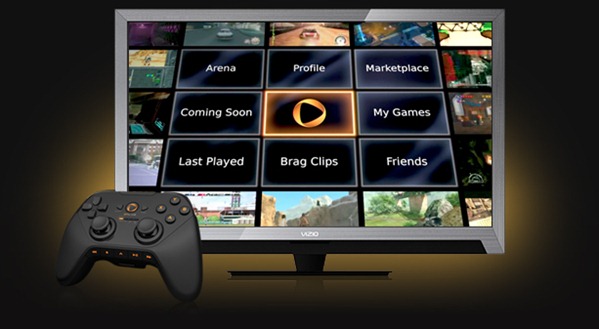 Gamers will be able to buy a separate $50 game pad which will connect to Google TV boxes and equipped televisions just as it will with the iPad and iPhone when their respective apps finally find their way past Apple’s App Store reviewers.

Despite the initial interest, OnLive hasn’t really lived up to all the hype, with its set top box selling so poorly that the firm took to giving them away at one point. Slow broadband speeds have hampered the rollout of the service, along with some high prices for games. It is, however, still very early days for OnLive, and there is certainly plenty of potential in a service of which so much is expected.

Google TV on the other hand was all-but dead in the water until this week’s CES. Logitech in particular had dropped the Google TV, with poor sales and significant problems causing the manufacturer to deem it more trouble than it was worth.

Whether that will change thanks to recent software updates remains to be seen, but Google shows no sign of letting Google TV die quietly.