Mobile devices have come a long way since the iPhone took the market by storm back in 2007, and as well as offering powerful apps, better games and enhanced overall functionality, point-and-shoot photography has also benefited from improved camera capabilities.

But while we’ve been treated to a plethora of apps and social networks like Instagram and Vine, start-ups and established companies have been coming up with weird and wonderful peripherals for those who wish to take their handset’s photo-taking capabilities to new dimensions. One we’ve featured a lot here at Redmond Pie is the glorious olloclip, and following the release of the second-gen version not so long ago, the company has now released Space Gray and Gold versions of its popular lens, to match the color configurations of the iPhone 5s.

If you’re in ownership of an iPhone and really into your photography, you could do a lot worse than to pick up an olloclip. The 4-in-1 lens not only looks great, but will manipulate your device’s lens to bring fish-eye, wide-angle, and 10 and 15x macro shots for truly great snaps.

Kickstarter is awash with great inventions from the start-up community, but products like the olloclip show that even in this day and age, true innovation can yield fantastic results. Having been long-time fans of the olloclip since it’s inception, we’ve been more than impressed by its progress here at Redmond Pie, and it’s admirable that rather than sit on what was an already great product the first time around, the company behind it has come through with something even better. 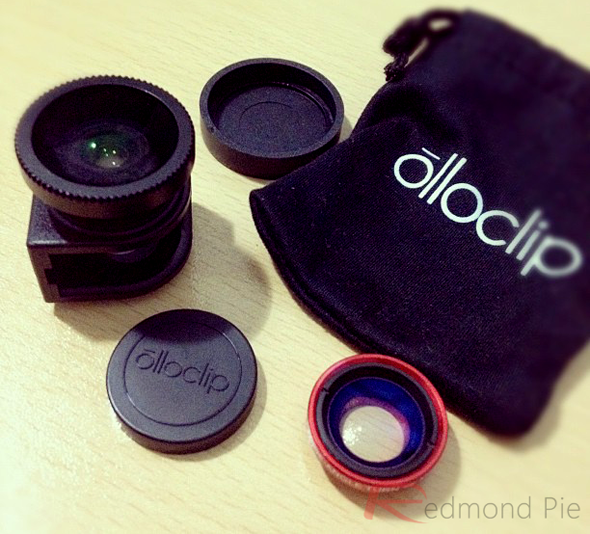 The latest and greatest olloclip only hit the scene last month, but already, new colors have been announced for Apple fans seeking uniformity with their new device. Despite its simplistic beauty, the olloclip’s color configurations hitherto have made it more obvious than some would perhaps like, so now, the accessory is to be released in both Gold and Space Gray.

There are no physical changes to the olloclip itself, so if you recently picked up the new model, you needn’t fret, since you’re not missing out on anything, save a little vanity.

You can pre-order the Gold or Space Gray olloclip right now for $69.99, just point your browser to: olloclip.com/order/iphone5