Apple has added to its line of dedicated iPhone 6 and iPhone 6s accessories by blindsiding us all with the release of a battery case for the flagship device. The release of the product comes entirely out of the blue and represents Apple’s first foray into producing official Apple branded battery pack cases for its own devices. This latest addition to Apple’s range of iPhone accessories comes with a couple of color options, is available almost immediately for pickup from an Apple Store, and offers a unique integration of hardware and software that only an official Apple product could bring.

Owners of one of Apple’s iPhones will be familiar with the seemingly never-ending number of third-party cases and battery packs that exist for the smartphone. Some of those cases are deemed worthy enough by Apple to be offered directly through the Cupertino company’s network of retail outlets and digital stores, whereas others have to be sourced via companies like Amazon. The iPhone 6s Smart Battery Case as it’s called is the first product of this nature from Apple, and will immediately go into competition with third-party offerings. 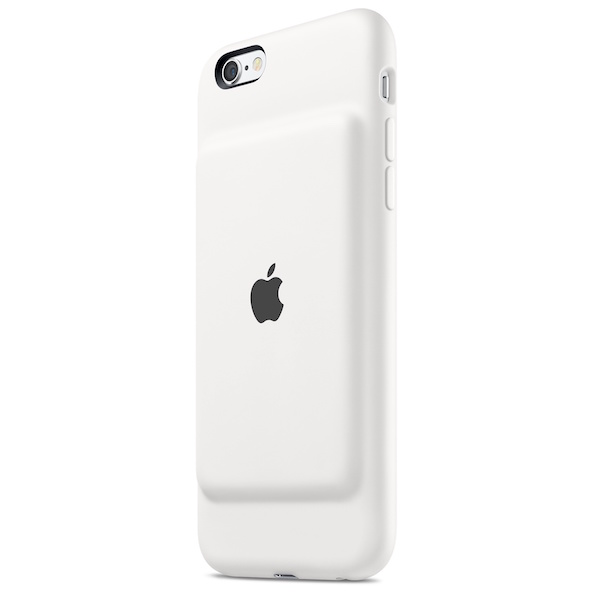 The product itself looks very similar to Apple’s own silicon iPhone cases that are available for the company’s range of devices. They can however be immediately separated by the fact that the Smart Battery Case comes with a rather prominent additional lump on the rear where the integrated battery is housed. That battery, while a little bit unsightly, will apparently increase the iPhone’s talk time up to 25 hours, internet use time on LTE up to 18 hours and video playback up to 20 hours. And while Apple has disclosed the battery capacity of the case in terms of mAh, it’s only a matter of time before someone pulls that info out for the public in a teardown of the product.

There’s also the fact that the integration of hardware and software means that Apple is able to update the connected device’s UI to show users exactly how much battery is left right in the Batteries widget in Notification Center as well as the Lock Screen. 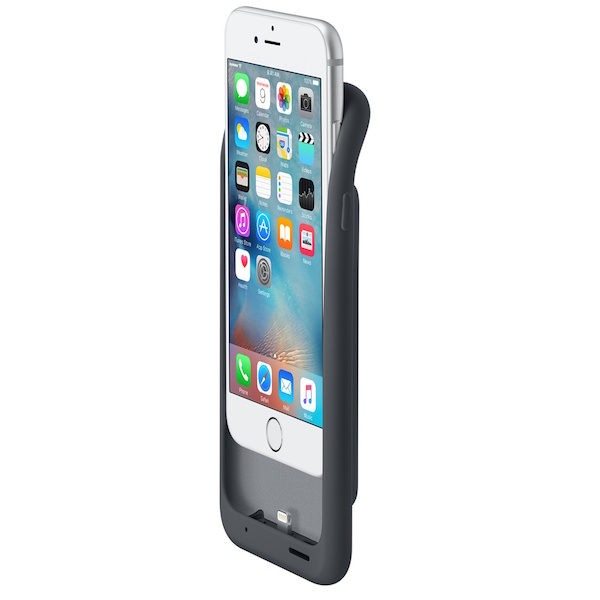 Apple claims that the Smart Battery Case is “engineered specifically for iPhone 6s and iPhone 6 to give you even longer battery life and protection.” There’s also  a soft microfibre lining that adorns the internal of the device, and because of Lightning connector passthrough, you can still connect your phone to Lightning accessories while the case is still on, such as Lightning based speaker systems, charging docks, and so on. 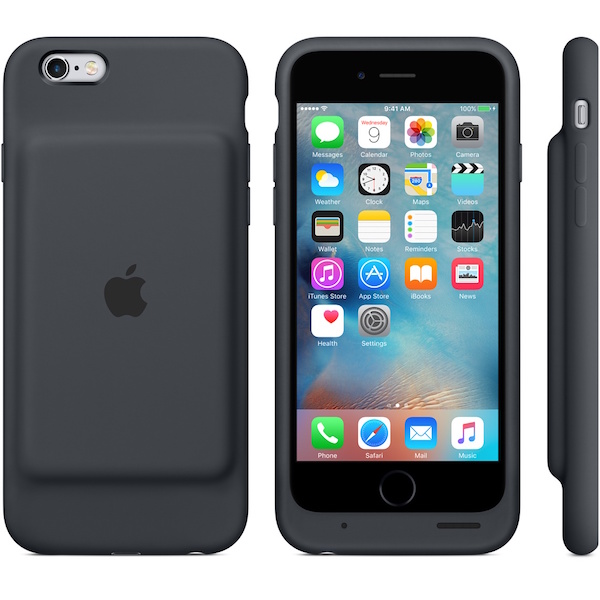 This accessory is available for Apple’s smaller 4.7-inch iPhone 6s/6 only and not for the bigger 5.5-inch Plus iPhones, likely due to significant larger batteries already present in iPhone 6s Plus/6 Plus.

Those opting to purchasing Apple’s first official venture in the battery case world will need to part with $99 and can choose from Charcoal Gray or White finish on the product.

The accessory is available to purchase directly from Apple’s online and retail stores.