As we keenly await for the GTA 5 release date, Rockstar Games has been continually teasing us with GTA 5 screenshots and cinematics of the game. To really gauge how good a title is and more importantly, whether we can see ourselves going out and buying it, a gameplay trailer always helps, and today, Rockstar has, as promised, delivered just that.

Although I would consider myself to be a long-time GTA fan, there’s something particularly exciting about the release of GTA 5, and although I, like many others, was rather disappointed to see the original Spring release pushed all the way back to near Fall, I’m still as intrigued and eager to play the game as ever.

The gameplay trailer is about five minutes in length, and offers a running commentary of some of the characters, missions, and vehicles. Although we’re used to GTA being a bit of a shoot-’em-up, there’s something quite à la Sims about GTA 5, with activities such as tennis and bike riding accompanying the usual feast of vigilante activity and bounty hunting. 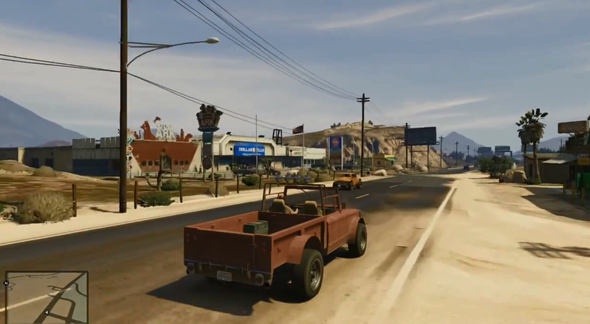 As we recently learned, the game will command quite a chunk of your console’s storage space – around 8GB to be a little more precise – which doesn’t bode well for those rocking a 4GB or 8GB Xbox 360. In such cases, a user will have to hook up an external HDD or pony up a small fee for a USB pen drive, and while this isn’t much of an inconvenience to most, it’s certainly something you’ll want to have in place and ready before you go out and pick the title up. 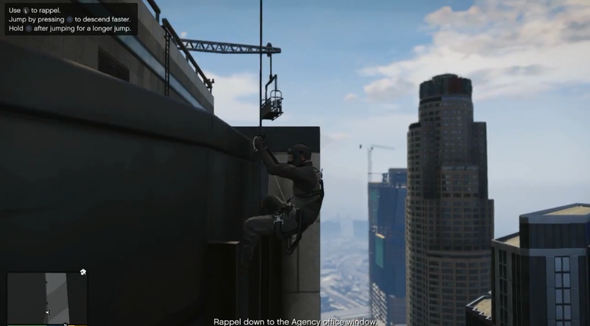 Grand Theft Auto 5 will be releasing for both PlayStation 3 and Xbox 360 on the 17th of September, and if you haven’t already, you can pre-order from most of your favorite outlets. Having seen nigh-on one hundred screenshots and now this gameplay trailer, we certainly cannot wait to sink our teeth into what is likely to be one of the biggest console releases this year, and we’ll be sure to let you guys know as and when Rockstar decides to drop another such trailer further down the line.

Check out the gameplay trailer below, and be sure to leave your thoughts in the comments section.