No service is really complete until it receives its very own iPhone app, and that’s exactly what Google has (belatedly) done with AdSense. Having recently dropped the corresponding app for its own, Android mobile OS, the Big G has finally seen it as high time that iOS was given a similar offering, so now those in ownership of an iPhone, iPad and iPod touch can check their AdSense goings-on while on-the-fly.

As is the case with the AdSense app for Android, AdSense for iOS lets you quickly and efficiently check up on every detail including revenue, ad units, reports, and alerts of payments. If anything, it’s a handy way to keep yourself informed when you cannot be at the desk. 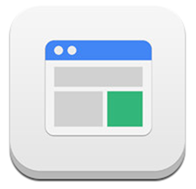 Unfortunately, much like its Android counterpart, the AdSense app for iOS is very limited in what it actually allows you to achieve. You can’t really do a lot with it in terms of shuffling things around, and almost feels as though it’s only there for information purposes.

With that said, it’s definitely better than no app at all – as has been the case for years now – so if you have an AdSense account and would like to remain on top of things, you can pick this app up right now from the iTunes App Store. 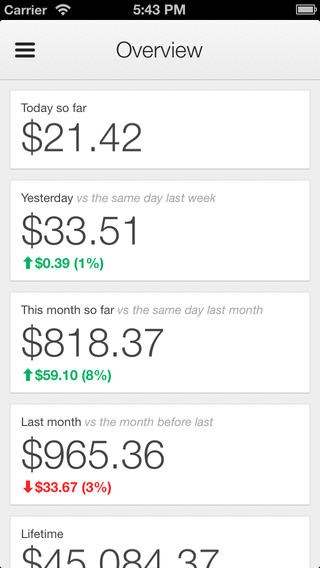 Despite running dozens of successful services and product lines, Google’s main source of revenue has always been in advertising, and although we’d perhaps have anticipated an AdSense app for iOS and Android long before now, it’s good to finally see it make its debut.

As you would imagine, the AdSense app is absolutely free of charge, and having given it a test ourselves, appears to operate in a smooth and responsive manner. The interface is clean and to-the-point as you’d expect from a bog-standard number checker, but we wouldn’t have it any other way. 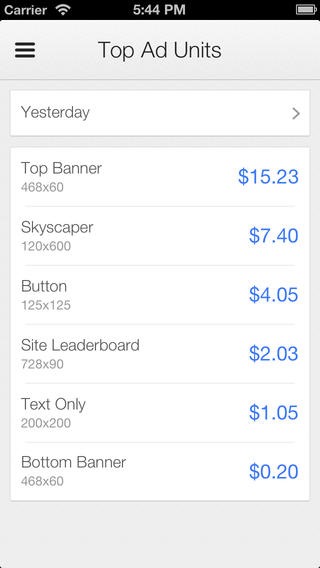 Grab it right now via the direct link below, and if you missed the Android version, you can grab the AdSense app for Android as well, which we covered a while back.