Among other things, Google’s primary and biggest source of revenue, should you ever look at the company’s financials, turns out to be advertisement revenue. Google makes most of its income stream from the ads business that it runs, and it’s been doing that successfully for years. What’s even better is the fact that Google shares the ad revenue with its publishing partners, as well, through its AdSense program.

The platform is immensely important, because it allows Web content owners to manager and monitor their ad revenue and performance. In that scenario, it’s kind of strange that Google omitted from having an Android AdSense app. That has changed now, however, with the introduction in the Play Store of the official AdSense app for Android, straight from Google. 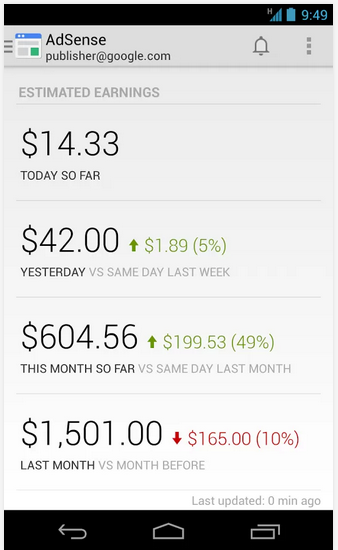 The app is relatively limited as of now, with very basic features being available on offer. All you get is the ability to see total revenue, top custom and URL channels, ad units, reporting around certain areas, and payment alerts. While minimal in terms of what you can actually achieve on this app with respect to account management, it does provide a solid monitoring tool and mechanism for Web content owners on the go, especially when it comes to large AdSense accounts. 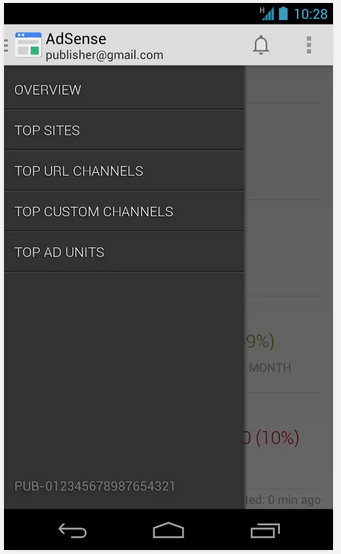 There are a few major downsides associated with AdSense for Android as well. For one, the app’s compatibility with different devices is, to say the least, ridiculous. It works with some older models of Android devices, but not so much with certain newer ones. Then, only Nexus 7 (the new one) is supported, but old Nexus 7 owners are out of luck. Luckily, you can always side load the APK onto any Android smartphone or tablet, and it should work, but it’s weird that the Play Store compatibility is such amiss. 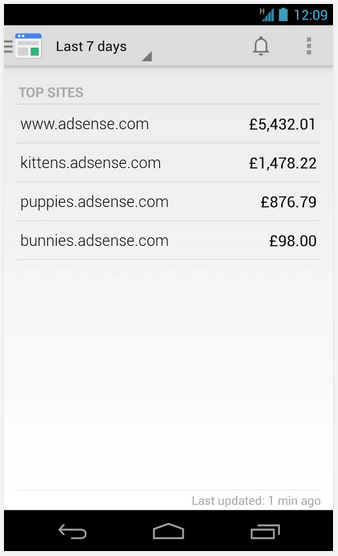 Finally, AdSense lacks a widget, which could’ve come in quite handy had Google included that. Still, the package is pretty reasonable, and if you’re a content publisher, make sure you give it a try. AdSense for Android is compatible with version 4.0 and above and can be downloaded from the link we’ve embedded below.