After playing the waiting game and sitting in review with Microsoft for just over a month, the official Dropbox app for devices powered by Windows 8 and Windows RT is now available as a free of charge download from the Windows Store. The app has probably taken a little longer to go through the verification process than Dropbox would have liked, but the most important aspect is that owners of Windows 8/RT machines and devices now have official access to their Dropbox accounts through the natively produced app.

As a company, Dropbox has been a little more vocal in recent months than we have been used to. Back in November, they announced that their globally recognized cloud-based storage solution was now 100 million members strong and that they would also be going through expansion in a move that would see the company take office space in Europe for the first time. It would seem that platform expansion has also been a key part of the company’s plans, something that has become evident with this Windows 8/RT release. 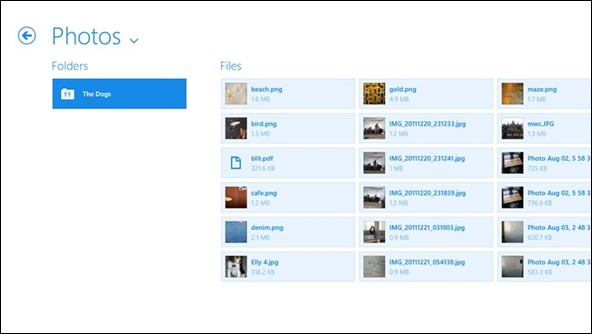 The app itself is extremely basic at the minute and epitomizes an initial launch in order to get users on-board and start using the software itself. All of the basic essential features are present in the software, with users being able to seamlessly browse through all of their stored files and photos on their accounts by using the simple and extremely clinical user interface that looks perfectly at home on Windows 8/RT machines. 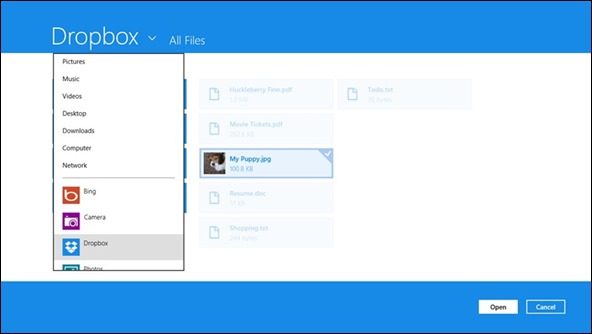 Third-party app integration is also included, allowing users to open, edit and view files from their Dropbox account within other compatible and supported apps. The extremely handy Share Charm also allows photographs, files or full folders to be easily shared with other people, which is perfect for those who crave apps to have a social aspect to them. Dropbox for Windows 8 and RT machines is at its initial launch phase and may be a little basic at this moment in time, but it should provide enough functionality to keep most Dropbox users on that platform happy. 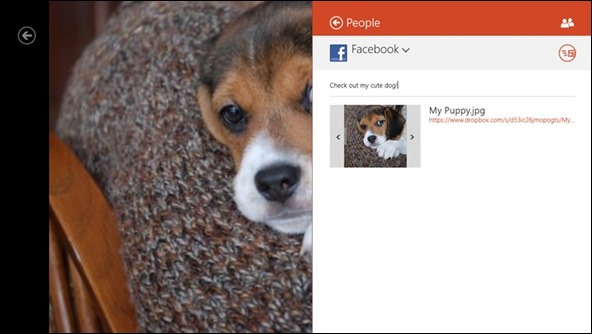 Aditya Agarwal, who operates as Vice President of Engineering at Dropbox, has gone on record in the past as stating the company has big plans for the latest desktop and mobile operating systems from Microsoft, so it’s likely that this initial launch will be the first of many updates that should hopefully bring a powerful feature set to Windows users.