It’s that time of year again when technology fanatics and enthusiasts all turn their attention to CES to see what the biggest players in the game are going to introduce to the market. Companies are already starting to descend on Las Vegas in preparation of presenting their wares and we are seeing official press releases relating to new products starting to fly around. Griffin has acted quickly to take advantage of the hype with the announcement of their space-saving PowerDock 5 hardware that should revolutionize the way users charge multiple iOS devices.

It wasn’t that long ago when consumers only had one or two portable gadgets like a media player and a mobile phone, but with the relatively recent emergence of hardware like the iPhone, iPod touch and iPad, more and more of us carry around multiple devices to ensure that all of our technology needs are met when on the move. The PowerDock 5 is Griffin’s extremely useful answer to the multiple-device-charging problem that takes its power from a USB connection. 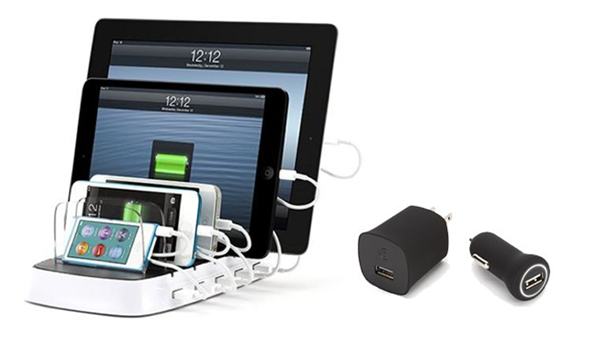 Griffin is billing the PowerDock 5 as a "space-saving, countertop charging and storage solution for up to five iPads that is designed for convenience and efficiency". The primary purpose of the new piece of kit is to allow users to dock their devices and charge up to 5 of them simultaneously. It may not be the world’s prettiest piece of consumer technology, but it certainly goes a long way to appease those who have multiple iPads or other iOS devices. 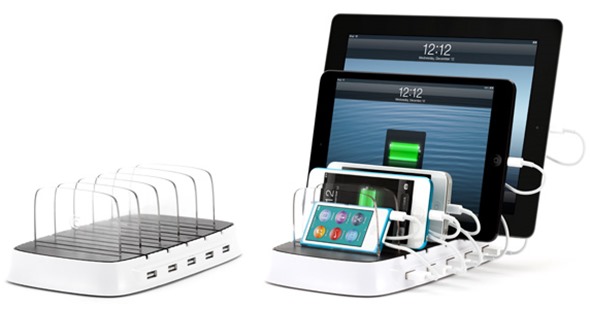 The party piece of the PowerDock 5 is undoubtedly the inclusion of ChargeSensor technology that automatically senses the charging profiles and requirements of each connected device to ensure that it provides optimum charging for each device. The ChargeSensor technology is Griffin’s rather intelligent attempt to combat the issue of each different device having a different charging profile embedded within it that dictates how quickly and how much charge it can draw from a power-source.

In addition to the PowerDock 5, Griffin is also embedding their ChargeSensor technology into a couple of in-vehicle adaptors. The PowerBlock and PowerBolt adaptors allow users to charge their devices in a car using the same detection technology and will be available in Spring along with the PowerDock 5. Griffin states that the PowerDock 5 will cost $99.99, the PowerBlock will retail at $30 and the PowerJolt at $25.