Obama On Encryption Issue: ‘You Cannot Take An Absolutist View’

You know things are getting a little serious between your company and the government when the President of the United States, who is essentially the most powerful leader in the world, addresses your ongoing encryption case, albeit it in a very indirect and diplomatic manner. United States President Barack Obama speaking at the South by Southwest (SXSW) conference in Texas, indirectly addressed the Apple vs FBI encryption case that has gripped the technology and wider community over the last month or so.

Obama warned against taking an “absolutist” view on encryption. He also stated his belief that American citizens make concessions on an almost daily basis in order to balance their individual security and privacy concerns with varied aspects of their daily lives. Obama used the analogy of having a warrant issued to search a home to draw a likeness to what the government is trying to achieve by forcing Apple to build a backdoor – or as dubbed, GovtOS – into the iPhone. 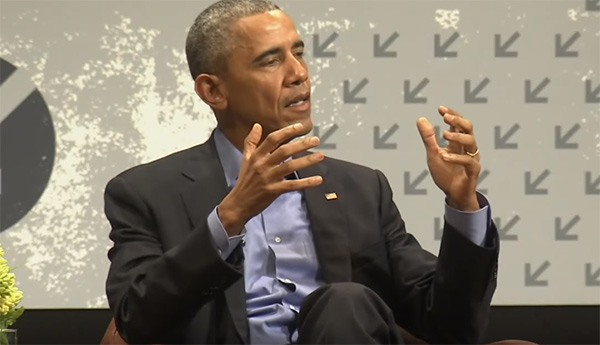 As another example, President Obama also used the fact that we have to have airport security in place to guarantee the safety of citizens to once again draw parallels with why Apple should have to provide access to iPhones in legitimate cases. Home search warrants and airport security are generally accepted as necessary law enforcement practices, and he argued that the belief that smartphone or device data can be “walled off” from the other tradeoffs that we make on a daily basis is simply incorrect:

The question we have to ask is if technologically it is possible to make an impenetrable device or system where the encryption is so strong there’s no key, there’s no door, at all, then how do we apprehend the child pornographer? How do we solve or disrupt a terrorist plot? What mechanisms do we have available to even do simple things like tax enforcement if in fact you can’t crack that at all. If the government can’t get in, everyone is walking around with a Swiss bank account in their pocket.

There has to be some concession to the need to get that information somehow. Folks who are on the encryption side will argue that any key whatsoever, even if it starts off directed at one device, could end up being used on every device. That’s just the nature of these systems. That is a technical question. I am not a software engineer. It is technically true, but it can be overstated.

The interesting thing about this conversation is that Obama clearly feels there is a need to be able to access data on devices like the Apple iPhone, but in legitimate cases only. It’s refreshing to see that he believes, at least publicly, that the government should not be able to “willy-nilly” gain access to anyone’s device without oversight or probable cause. Now only if he understood that in this particular case, it’s not just about that one iPhone. If Apple is to create a key to unlock that one iPhone, that key will work on all other iPhones as well, and if fallen into the wrong hands, which it eventually will, it will compromise privacy and security of everyone. Not to forget that if the precedent is set, it could lead to agencies asking for iPhone camera and microphone access in future.

In his ending remarks, POTUS called up all software engineers and tech companies to come forward and help the government solve the problem, and to work on solutions that will be healthy for the general public over the longer run, and that they should not take a position that leads to stalemate, which could ultimately lead to a sloppy legislation.

You can check out his views on the matter in the video embedded below from the 1:15:00 marker.