List Of iOS 9.1 Compatible Jailbreak Tweaks For iPhone And iPad

If you’re one of the many, many people who have been asking us about when a jailbreak wold be available for iOS 9.1, then today will already have proven to be a good day for you after the Pangu jailbreak for iOS 9.1 was released to the public. It’s always great when jailbreaking doesn’t get in the way of new security and bug fixes for iPhone and iPad users.

As many have found out over the years, though, a jailbreak being available for a particularly recent version of iOS does not always mean that the jailbreak has some tweaks to go alongside it. Just as with developers who make apps for the App Store, jailbreak tweak developers need time to get their wares ready for the new version of iOS at play, and iOS 9.1 is no different. 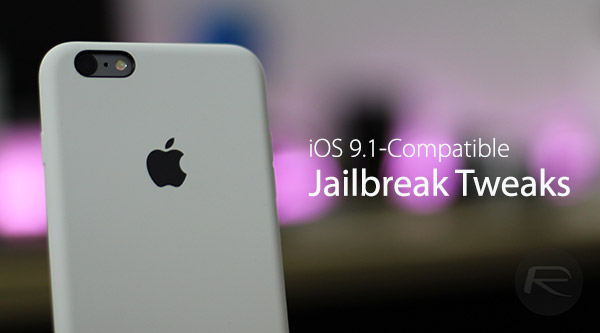 Because nobody likes surprises like installing a tweak that doesn’t play well with the most recent version of iOS, the jailbreak community has put together a public spreadsheet that shows the most popular jailbreaks around and whether or not they are compatible with iOS 9.1. If the tweak in question works, but only partially, or even worse, can cause significant issues even though it technically works, you’ll find that mentioned too. We’re trying to avoid any nasty surprises here, but if you’re unsure about a tweak that perhaps isn’t on this list or has some bug-related caveats beside its name, holding off from installing it might be a pretty good idea.

The list is likely to be updated with more jailbreak tweaks in the days and weeks that follow, so be sure to check back if you can’t find what you need right now.

You can check out the public list of over 100 jailbreak tweaks compatible with iOS 9.1 below. Do let us know if there are any that are missed, especially if they cause issues when run on iOS 9.1. Apart from that, happy jailbreaking folks!

To learn how to jailbreak your iOS 9.1-running iPhone, iPad or iPod touch on both Windows and Mac, check out our guide: How To Jailbreak iOS 9.1 On iPad Pro, iPhone 6s / 6s Plus, More [Tutorial].