The blogosphere has been abuzz with reports pertaining Nokia’s big announcement today, with some speculative suggestions that the Finnish outfit may even come through with a Windows 8 tablet. While we continue to wait for Nokia to expand its mobile product range to explore the tablet market, the company has delivered another mid-range smartphone in the Lumia 625. The device, which doesn’t cost an arm and a knee, features a palm-friendly design, and with a 4.7-inch display, it offers yet another option to those seeking substantial quantities of real estate.

While a 4.7-inch display may sound impressive, the fact that it’s a 480 x 800 WVGA jobby means you get just 201 ppi – quite some way off the sharpness of even the mid-range smartphones on the market. With so many consumers now looking for high-res displays to match their new-found zest for photo taking, it could be the Lumia 625’s downfall. 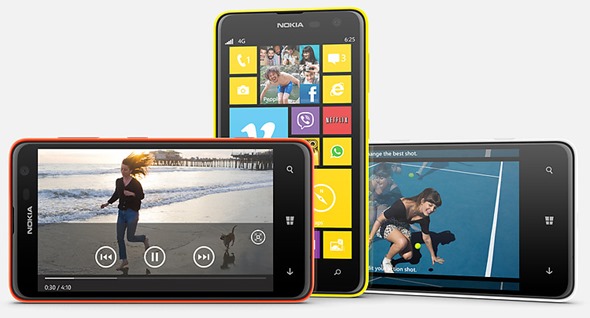 Away from the display, the specs list is decidedly average too, with Nokia opting to pack a 1.2GHz Snapdragon S4 processor into the Lumia 625. The 512MB of RAM really scrapes the barrel considering Ubuntu maker Canonical announced a device with 4 gigs of RAM only yesterday, but unlike many other Lumias, the 625’s 8GB of flash storage can indeed be expanded by means of a microSD card.

There’s a 5-megapixel rear-facing camera, yet while company is famed for its abilities in delivering high-spec snappers, don’t be expecting any PureView technology in the Lumia 625, which is also flanked by a very standard VGA front camera. 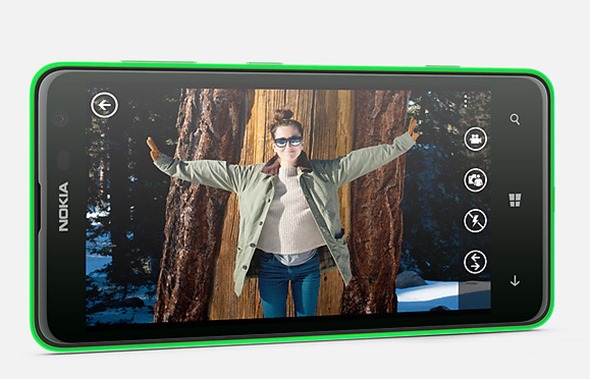 Battery wise, there’s an agreeable 2,000mAh worth packed into the Lumia 625, which is decent, particularly given that the 1.2GHz processor isn’t exactly going to pummel the reserves. And for those looking for some customization, you can swap the back cover and pop in a new one of a different color.

The clincher for the Lumia 625 is perhaps its LTE capability. With a handset only price of £200 (or €220), it’s a very attractively priced 4G handset, and while the screen lets it down in quite a big way, there’s no doubt this will appeal to the mid-market consumer.

What powers the Nokia Lumia 625 you ask? Windows Phone 8, of course. 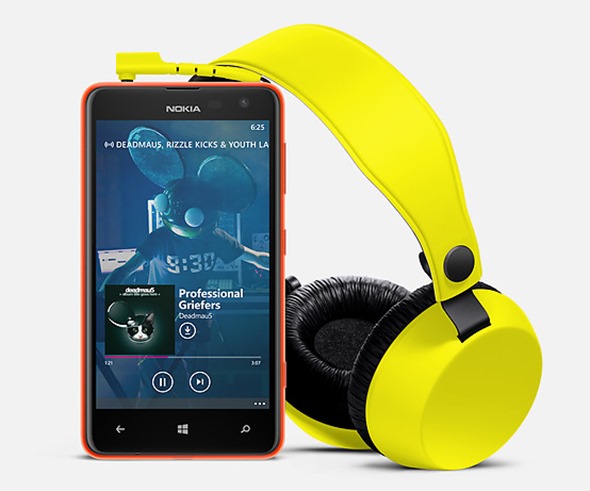 After the bells and whistles of the Nokia Lumia 1020 and its 41-megapixel camera, this is an altogether sobering announcement from Nokia. With that said, to make any kind of impression with its Windows Phone adventure, the company knows it will need a broad range of devices, and with several having been announced in just the past couple of months, the Espoo-based corporation looks well on its way to doing this.