Just when you thought that the fashion world couldn’t get any more weird, someone decided to throw the smartphone industry into the mix, just to see what kind of un-Godly concoction they could come up with. The result? A skirt made from Nokia 1020 and 1520 smartphones.

Unfortunately, even though we’ve checked it’s not April 1st at least thrice, we’re not making any of this up.

Shown off at London Fashion Week 2014 and the work of Nokia, fashion designers Fyodor Golan, and interactive design agency Kin, the skirt looks more like a ballet dancer’s tutu than a skirt you’re likely to actually walk around town in. Having said that, and having witnessed the UK nightlife first hand, maybe that’s not entirely accurate. But we digress. 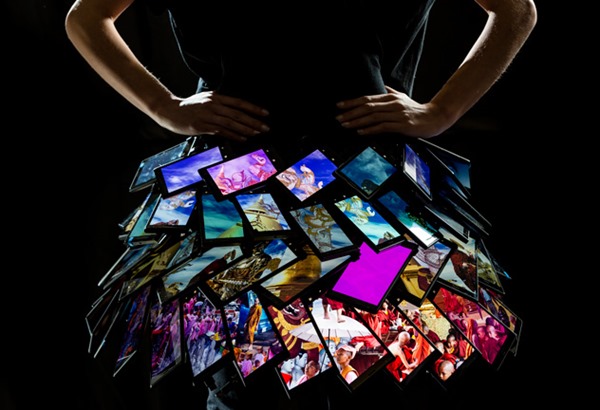 More than just a collection of smartphones tacked onto a skirt, the creation actually features an animated display that has the phones showing different patterns based on the motion of the person that’s wearing the skirt. We’re assuming that the accelerometer is at work here, though custom software has obviously been created in order to display what the designers wanted. We’re sure they’re very happy with their creation, even if to the untrained eye it looks like someone was let loose in their local Best Buy with too much time on their hands and a sewing kit at their disposal. This, we’re told, is fashion. 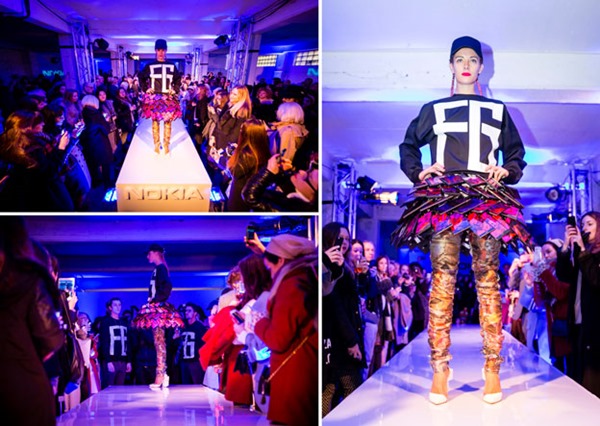 The skirt was shown during Fyodor Golan’s show in London and quite frankly, it looks like a work of art, or a geek’s dream come true, whatever you want to call it. According to the official Nokia Conversations blog:

In partnership with designers and Fashion Fringe winners, Fyodor Golan, Nokia has created the world’s first interactive skirt made up of 35 Nokia Lumia 1520 smartphones, each sporting a 20MP PureView camera and 6-inch screen. 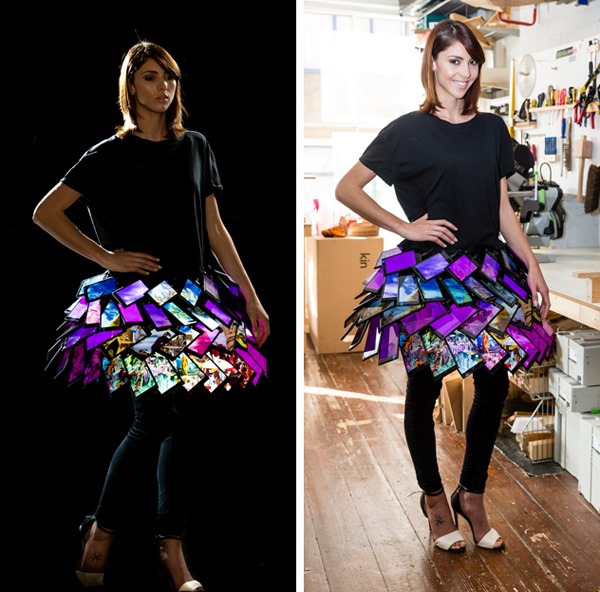 Should it fall under the category of ‘product design’? We’re sure a certain Jony Ive is already fuelling his private jet and on his way to explain just what product design entails! 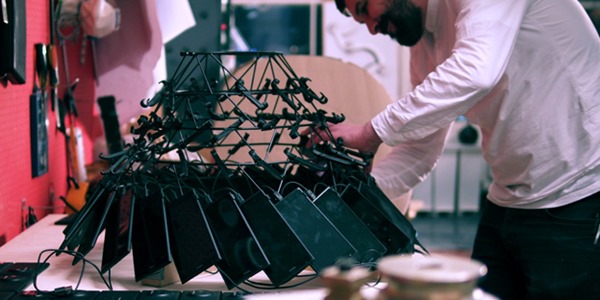 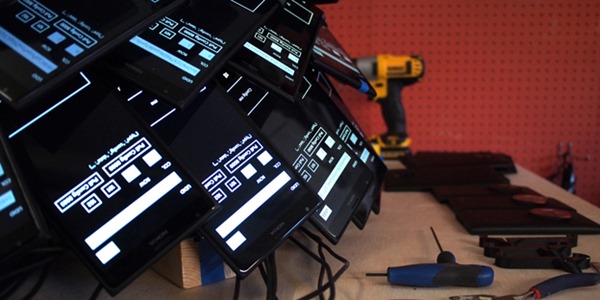 That being said, we’re sure Apple’s design guru wouldn’t know the first thing about how to design a dress either. If he did though, we’re sure it would look just lovely.

And not a Nokia anywhere in sight.