Nokia is in the midst of quite a comeback with a prolific release schedule of new phones throughout 2018 and that continues today with the official announcement of the Nokia 8.1, the latest Android phone to carry the Nokia name.

The Nokia 8.1 is positioned as the replacement for the Nokia 7 Plus that arrived last year, and sits firmly in the mid-range. It ships with a Qualcomm Snapdragon 710 inside, making it one of the first to ship with the chip. That should apparently allow for a 20% increase in performance when compared with last year’s Nokia 7 Plus, according to Nokia itself. 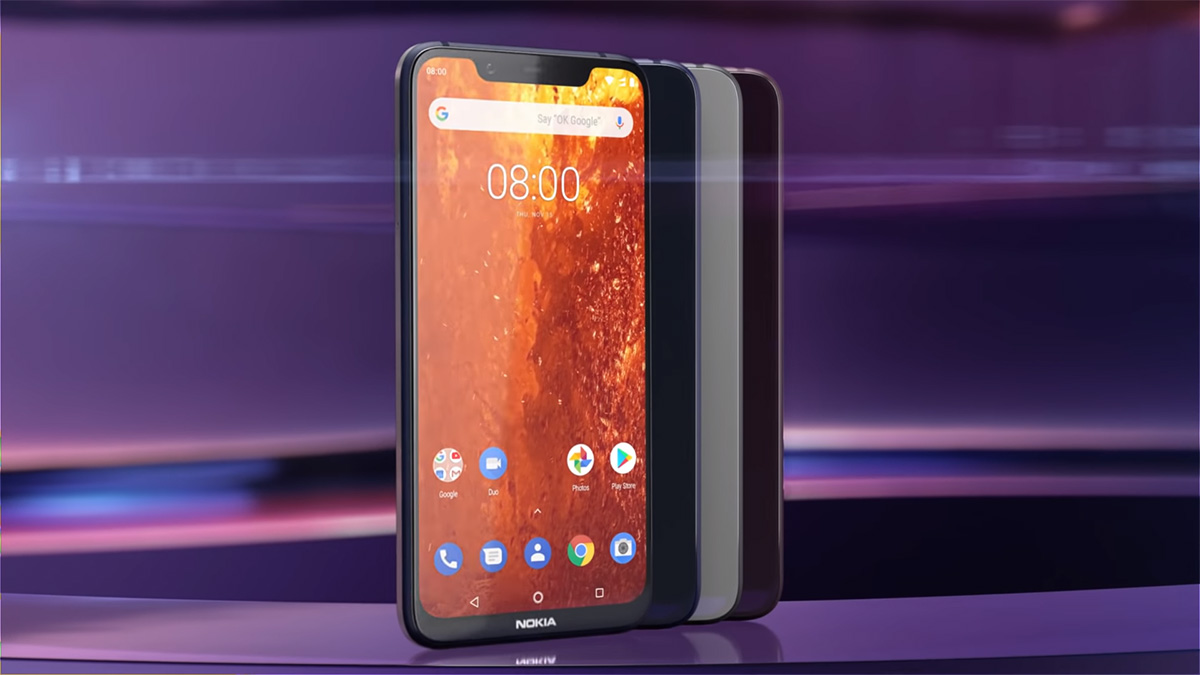 Beyond that new chip, we have a glass back as well as new colors; Blue/Silver, Iron/Steel, and Steel/Copper. There’s a rear-facing fingerprint sensor and an aluminium frame that gives the device a familiar 2018 phone look, although there is no water resistance here.

What you do get is Android 9 Pie from the get go, with speedy updates also set to be offered for two years. Those updates will have plenty of space to play with thanks to a 64GB of storage and a 3500mAh battery. That battery will be charged via a USB-C 18W charger, and if that 64GB of storage isn’t enough for you, there is also a microSD card slot for expansion. There’s a headphone jack, too, which is something of a rarity at this point. Camera duties are taken care of by a 20-megapixel front shooter and a 12MP f/1.8 Zeiss camera with OIS as well as a secondary 13MP sensor around the back.

As for the part you will look at – the display – there is a 6.18-inch offering with a notch that is hard to miss. Pricing starts at around $450 when converted, although there is no pricing or availability for the US just yet.