As promised, and as previously reported, Nokia has officially re-introduced the legendary Nokia 3310 at this year’s Mobile World Congress in Barcelona.

Any individual of a certain age who was lucky enough to be a part of the mobile telephone revolution in the late 1990s/early 2000s will highly likely be aware of just how popular Nokia’s virtually indestructible 3310 was, with reliability and high build quality being two of the primary drivers behind the device’s phenomenal worldwide success. 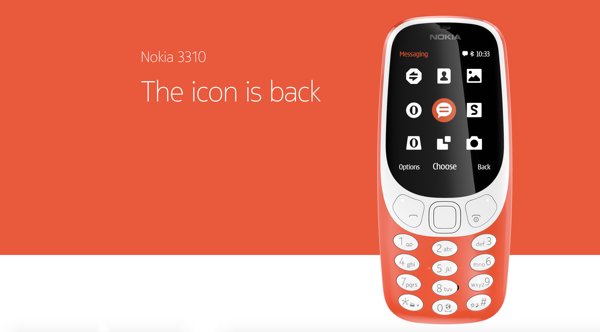 In a consumer technology world dominated by smartphones and tablets, Nokia is clearly looking to make a little bit of a splash amongst those consumers who yearn for the simplicity of yesteryear. Granted, the gorgeous little device is definitely not going to compete with the capabilities of the likes of Apple’s iPhone and Samsung’s Galaxy S range of hardware, but nor is it being positioned to even try.

In fact, it seems that Nokia simply wants to bring back reliability and attempt to make a quick killing off those who loved the original 3310, and who will be more than happy to part with just $50 to own this new version.

One thing that is immediately apparent is that Nokia, or actually the Finnish company which now owns the Nokia brand, hasn’t tried to make an exact clone of the original 3310 hardware. 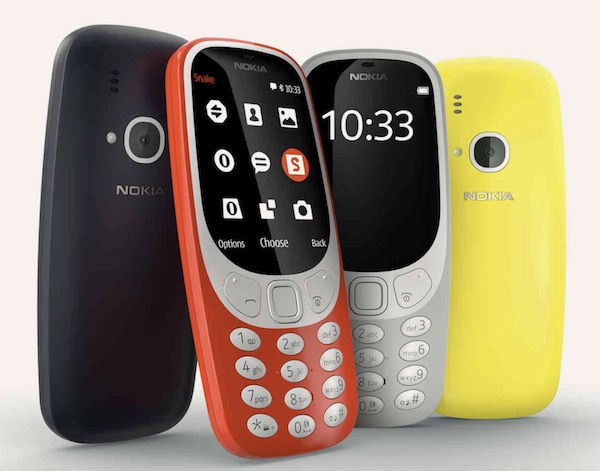 This new version does have clear similarities, and is immediately visually recognizable as the same device, but it has been somewhat modernized and injected with a splash of new color which simply makes it stand out and look stunning. Nokia has even taken the opportunity to inject a little additional power into the device in order to allow it to compete in today’s modern market. 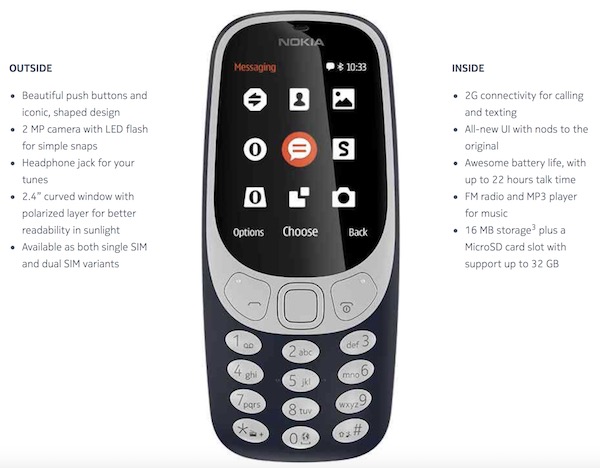 The device is powered by the Nokia Series 3.0 OS, and should bring with it more than 22 hours of talk time on a single charge. If you don’t wish to actually talk, then you should be able to get up to a months worth of standby out of it. From a modern perspective, users can slot in a microSD card for up to 32GB of storage, and it can even play MP3 files, and comes with a 2.4-inch QVGA display which is the perfect window to play the wonderful Snake game. There’s a 2MP camera as well.

For $50 it’s an absolute steal, and will be available in Warm Red, Yellow, as well as Dark Blue and Gray colors. While Nokia has confirmed global availability of the device at launch, there’s no concrete date as to when exactly will it go on sale. We will of course update whenever Nokia makes the release date official. Stay tuned for more.