Nintendo may be relatively new to the world of mobile gaming, but it looks as though the Japanese company could have internal plans that go far beyond just producing software titles for smartphones and tablets.

In addition to continue to design and develop fun and engaging mobile games, it looks as though Nintendo is considering manufacturing physical controllers and other gaming-centric devices that could be used as connected hardware to compliment future software titles.

Shinya Takahashi, Nintendo’s General Manager of Entertainment Planning and Development, talked about the possibility of venturing into the connected device market at the Japanese company’s annual shareholders meeting:

Physical controllers for smart device applications are available in the market and it is possible that we may also develop something new by ourselves. I believe Nintendo’s way of thinking is to look at whether action games are really not impossible (without a physical controller for smart device applications) to create and how we can make it happen to create such a game.

Nintendo has focused its efforts on building unique controllers and hand-held gaming devices in the console gaming world, so it shouldn’t really come as any great surprise that the company is looking for a way to bolster its mobile gaming experiences through the production of similar connected hardware. Given the fact that Apple’s iOS platform has had official support for gaming controllers since iOS 7, and that the Cupertino-based company recently dropped the requirement for gaming titles on tvOS to support the Siri Remote, the time seems perfect for Nintendo to bolster its gaming titles with connected hardware.

Oner of the interesting things about Nintendo, and something that would most definitely be highlighted even further with the production of connected devices, is that the company has never wanted to create run-of-the-mill mobile games. The release of Miitomo may be seen as the company’s first foray into mobile gaming, but the overall experience was tailored more toward offering a social lifestyle experience rather than being a straightforward game in the traditional sense of the word. 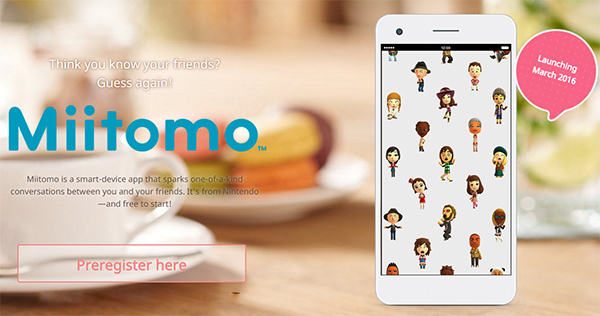 We already know Nintendo has plans to release five new smartphone titles by March 2017. It’ll be extremely interesting to see what, if any, connected hardware is available for those titles.