It probably won’t come as surprise to the majority of Apple consumers, but it looks as though the Cupertino-based company is investigating the potential of extending the iOS Night Shift feature to additional platforms.

A recently filed patent application in the United States and Hong Kong not only looks to secure a trademark for the feature that was originally introduced with iOS 9.3, but also hints at an expansion and future rollout of Night Shift that could include support for macOS, the Apple Watch, and more. 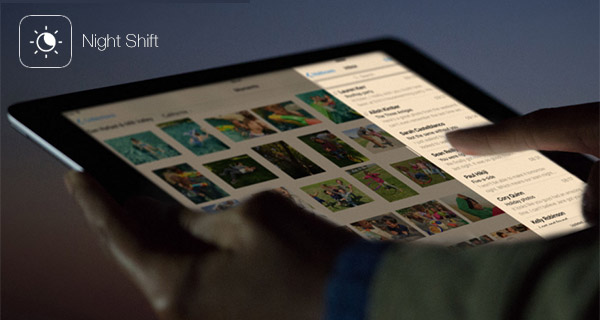 If you weren’t already au fait with Night Shift and what it offers, it’s a fairly impressive feature bundled into iOS 9.3 that allows users to tweak the color temperature of the display on the iPhone or iPad to ensure that there is less blue light being displayed and absorbed by the owner’s eyes. The feature is currently exclusive to iOS, which means it can run on iPhone, iPad and iPod touch, and works to make the display look “warmer” due to the fact that it displays more of the yellow-orange spectrum of colors.

It’s by no means an Apple invented technique or unique offering in the grand scheme of things, but has definitely made an impact with iOS device owners over the last few months. Night Shift may currently only be available on devices that run iOS 9.3 and above, but that could be about to change going forward.

Rather than limiting the feature purely to handheld devices, the trademark filing suggests that it could make an appearance on future Mac models thanks to an integration with macOS, potentially in macOS Sierra 10.12 and beyond. Apple Watch and Apple TV owners could also be afforded with the same level of treatment for their eyes if the functionality was embedded into watchOS and tvOS as part of a large-scale expansion of the Night Shift functionality. 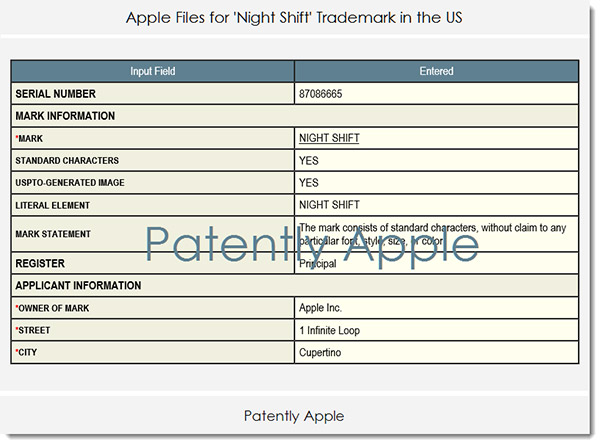 However, it seems that the application of Night Shift doesn’t end there for Apple. In its trademark filing for China, Apple seems to be keen to suggest that Night Shift could have a valid right to exist in almost any situation, claiming that it could be used for “motor vehicle apparatus”, such as those running in a CarPlay-enabled vehicle. The filing also suggests that Night Shift would in theory also have an application in fax machines, cash registers and, wait for it, dog whistles!

Of course, Apple is ensuring that all requirements of a trademark requesting filing are ticked by going to the extremes, but what’s abundantly clear here is that Apple has big plans for Night Shift that transcend beyond its current iOS integration.