As avid followers of the mobile industry here at Redmond Pie, we’ve grown used to seeing how casually Apple dishes out lawsuits to competitors, berating patent infringement here and there, and our favorite: blatant plagiarism. Of course, it’s not all one way traffic, and the likes of Samsung and HTC have dealt with their fair share of suits from Cupertino, California; but these seem more in retaliation than anything, and it does appear Apple’s rivals will do anything to avoid the fruit company’s wrath.

The Samsung Galaxy S III is a prime example of the want/need to not ruffle Apple’s feathers. Designed in such a way as to not alert its bitter rival, it appears as though the device was thought up by the Korean company’s legal team, with essentially every aesthetic element different from anything Apple has ever created. 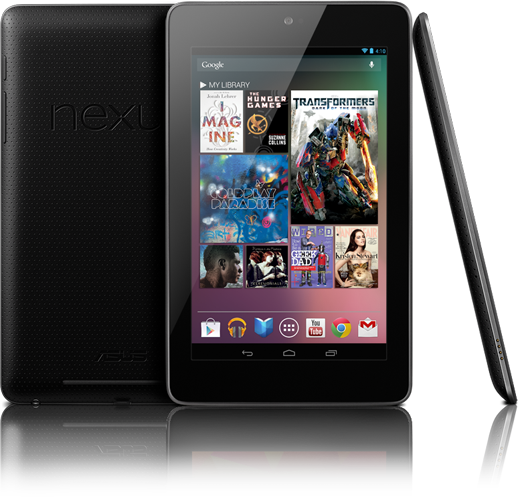 The Nexus 7, according to blogosphere buzz, epitomizes the type of device Apple is worried will threaten the dominance of the iPad, and the talk of Tim Cook’s company releasing a scaled-down version of its popular slate in order to counter Google’s newest Nexus has been continual since the latter was announced a couple of weeks ago at I/O.

It has now emerged, however, that the Nexus 7 harbors a secret feature which will almost certainly have Apple licking its lips over at the courtroom canteen. The device, which has been built in collaboration with ASUS, includes a Apple’s Smart Cover-esque magnetic sensor. When a certain type of cover – or a magnet – is placed on the face of the device, it’s automatically put into sleep mode – a feature Apple has lauded since the introduction of the iPad 2 back in March of last year.

The Nexus 7 is the only current Android device to feature such a sensor, and it would seem rather strange that on the keynote day no one felt compelled to reveal the implementation when the tablet burst onto the scene at I/O last month. Even more suspiciously, it’s not mentioned in the tech spec on the official site, and given the historical context of animosity between Apple and everybody affiliated with Android, we suspect this wont go down too well with the Cupertino based company.