As well as making any tech fan shudder, the drop tests of our much loved gadgets serve an educational purpose, because despite most consumers getting carried away with nice displays, sharp cameras and other great hardware features, few actually take into consideration how quickly it can all be lost with one spillage or drop on the floor.

The Nexus 7 is the newest addition to the tablet market, and I cannot recall so much fuss being made of Android tablet before now. The iPad has dominated with an iron fist since arriving in 2010, but with a quad-core processor, a gig of RAM, and a price suitable to most budgets, the pre-orders of the Nexus 7 have been very high. 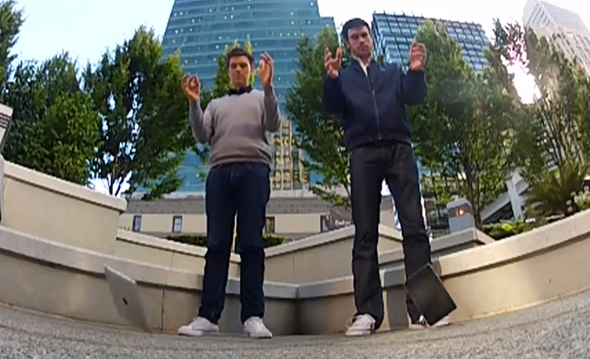 The last time a cheap Android slate caused a stir it was the Kindle Fire from Amazon, but unfortunately, its performance and longevity was reflective of its price. Packing a decent punch – as well as being one of the first devices to run Android Jelly Bean (4.1), the Nexus 7 is a serious threat to the crown held by the iPad.

While it remains to be seen whether the new Google-branded entry can dethrone the iPad 3 in the market (the Nexus 7, after all, hasn’t begun shipping just yet), gadget warranty firm SquareTrade has organized a drop and dunk test between the two devices. It’s no secret Apple’s prized tablet is a delicate being, but as seen in the video, it took one hell of a hiding from the elements – performing a great measure worse than the ASUS-manufactured Nexus 7:

From the very first drop, those trademark cracks began appearing on the front screen of the iPad, and although a human drop-testing products onto rough ground can never be strictly fair, the Nexus emerged largely unscathed.

After the drops from shoulder and desk height, the dunk test, which involved both devices being dropped into a bath of water simultaneously, was then carried out. After a few seconds, both were pulled from the bath water and tested for signs of life. While the Nexus 7 and iPad 3 both still responded to touch-based requests, only the Nexus managed to produce any sound, which renders it the clear winner in this particular battle.