Apple’s extensive network of physical retail stores is set to once again expand, with it looking likely that a number of new outlets will open up before the year’s end, including in Singapore and the much awaited store near the WTC in New York City.

Not only does it look like the company’s first ever Apple Store in Singapore will open up this coming November, but it has now been confirmed that the iPhone maker has taken up the option of opening a new Apple Store at the World Trade Center Transportation Hub in Lower Manhattan.

The new Lower Manhattan Apple Store will be located in the Oculus transit and retail complex of the Transportation Hub, and is currently on a development track that should hopefully see it open up to the public later this calendar year. When it is actually available for the public to visit and purchase Apple branded and select third-party goods, the store will be Apple’s tenth in New York City, with eighth already in operation and one more opening today in the Williamsburg locality of Brooklyn.

Within the New York City limits, The Bronx is now the only area that doesn’t have an active retail Apple Store in operation. Given how quickly Apple is expanding that physical empire, it may not be long until that is rectified. When opened, Apple’s new Lower Manhattan store will span across two floors with approximately 10,000 square feet of space on each level.

As mentioned earlier, in addition to adding to its New York retail presence, Apple also looks likely to expand into Singapore with its first official physical store this coming November. A construction plate at the Singapore site, as shown by 9to5Mac, suggests that building and alternations work should be complete by October 31st, indicating a potential November opening. 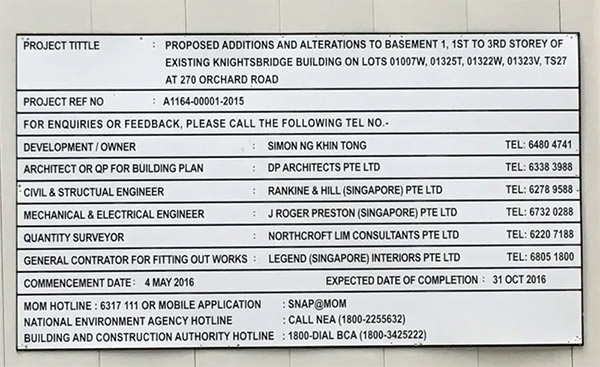 The plans for a Singapore site were first confirmed by Apple’s retail head Angela Ahrendts last year, with work commencing on the store in Orchard Road at the turn of the year. 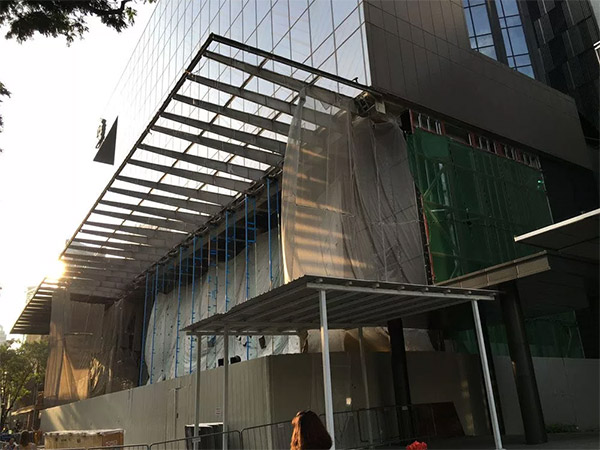 Considering that Apple’s physical retail outlets are some of the most profitable retail spaces in the world on a revenue-per-square-foot basis, it doesn’t take a genius to understand why Tim Cook’s company is keen to expand on the existing 480 outlets spanning across 18 countries. The two new New York outlets will mean that Apple will be operating 270 retail locations in the United States alone.