Tesla has shared a video showing what its Full Self-Driving software solution is capable of, with the video clip showing a Model 3 maneuvering its way through traffic and on multiple roads. Throughout the video, no human interaction takes place, with the car, its cameras, and associated software all recognising street signs, lights, and anything else you would associate with a commute.

Tesla has been building towards offering full autonomous driving capabilities for years and it all centers around custom hardware, including custom silicon, that is developed around a new neural network. That neural network is designed to learn as it goes, allowing the software to improve as more and more miles are covered. The video shows this in action, with the Model 3 reacting to traffic lights and such. 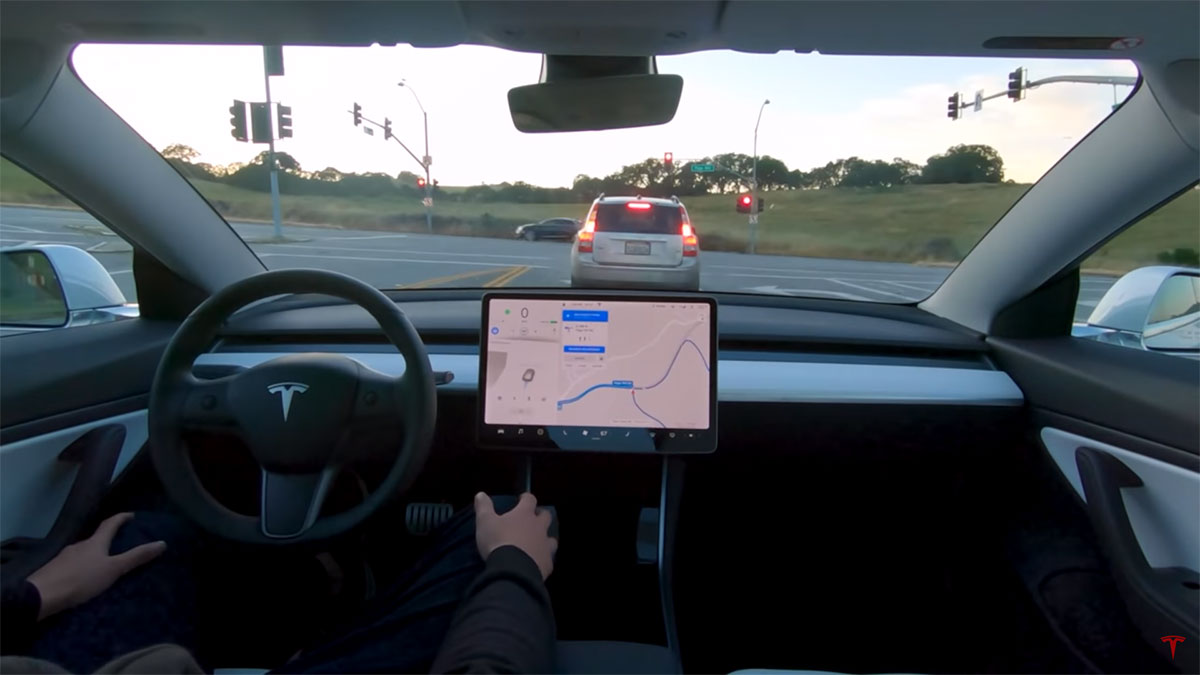 The video was part of a larger media event revolving around Tesla’s Full Self-Driving functionality – something that it plans to have ready by the end of the year, or at least, it plans to have it ‘feature complete’ at that time.

According to CEO Elon Musk, he’s certain that milestone is something his company can meet. However, don’t expect it to be the best it can on day one.

I think we will be feature complete — full self-driving — this year. I would say I am certain of that. That is not a question mark. However, people sometimes will extrapolate that to mean now it works with 100 percent certainty, requires no observation, perfectly. This is not the case.

Tesla and Musk have been making strong claims about the software and systems involved with making all of this work, and right now, it does certainly appear to be at the forefront of such things. We’re still not sure we’d want to be behind the wheel of one of these things just yet, but there’s little doubt that the future involves self-driving vehicles at this point.