Not a day goes by right now where we don’t receive a new concept video or image into our inboxes, and most of the time that concept revolves around the iPhone. Be it the rumored iPhone 5S, or the budget and so-called iPhone Lite, concept videos in particular are cropping up more and more often. Throw in those showing what people think next year’s iPhone 6 may look like, and that’s quite a few concept videos hitting our inbox on a weekly basis.

The big problem with there being so many different concepts knocking around the internet is that you just don’t know which ones are the ones you should be really paying attention to. Thankfully the folks at ConceptsiPhone have also realized that this is a particularly troublesome issue and have come to our aid dressed as a metaphorical white knight on an equally metaphorical horse. The result is a near-three-minute YouTube video highlighting what ConceptsiPhone consider to be six the best iPhone 5S, iPhone 6 and iPhone Lite concepts that are currently doing the rounds.

After sitting and watching through the video ourselves, we find it difficult to disagree. The iPhone 6 concepts in particular have our imaginations running wild, and while some of the iPhone Lite concepts have us blinking in amazement rather than wonder, it has to be said that the various people putting these concepts together are certainly on their A-game.

Love them or loath them, concept videos are a worthy addition to the annual rumor avalanche that we see around every expected iPhone and iPad announcement. Each time a new tidbit of information is leaked or discovered, the concept artists set about incorporating it into their latest work, usually with some pretty impressive results. Dedicated, they certainly are. 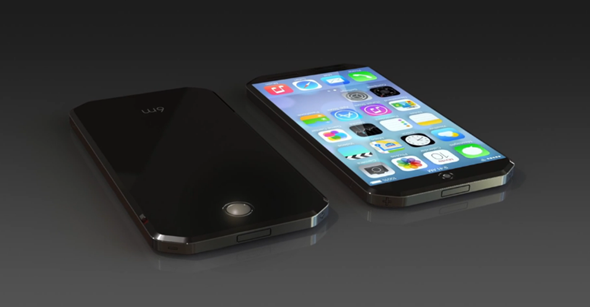 As for what we think the various iPhones will look like come announcement day, we’re confident that a 4-inch display will be used alongside some very colorful rear shells when it comes to the budget iPhone. Apart from that, as far as we’re concerned, all bets are off.

Out of all the concepts shown in the video we’ve already covered the iPhone Lite by Martin Hajek, and the iPhone 6 concept running iOS 7.

Check out the video we’ve embedded below and be sure to let us know which one is your favorite by dropping us a comment in the comments section below:

Thanks, Stones for sending this in!