Playboy has launched a brand-new lifestyle app for the iPhone, and although the magazine is renowned for its very colorful content, the new app is decidedly toned-down, and different in some ways from the web version. As well as pictorials featuring fully-clothed subjects, there is plenty of lifestyle-orientated content on offer, and the app, which is free to download from the App Store. More details can be found after the jump!

As well as the pock from some of the latest from the most recent issues of Playboy Magazine, there’s a bunch of exclusive content which can only be found within the app. As well as those pictorials, topics include other life-orientated topics including food, drink, travel and style. 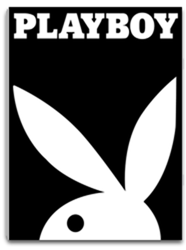 The app is described as an "on-the-go extension of the Playboy brand," and the opening video of the app features Miss February 2011, Kylie Johnson. There’s also a conversation with chef Eddie Huang of The Good Life’s Food section, while Jeffrey Morgenthaler, bar manager at Clyde Common, Portland, runs over his favorite Easter cocktail.

If you consider food and drink to be little more than variants of fuel, you may wish to check out Paint Your Wagon’s coverage for automobile fans, which looks into the renewed interest in the station wagon. Or, if TV is more your thing, then you may find the 20 Questions of Lena Dunham, star of HBO comedy ‘Girls,’ to be of intrigue.

While we’re all familiar with what Playboy is about, this app is more than just the bunnies and the showpiece of eye-candy. It’s designed to be the kind of lifestyle supplement you might find slipping out of a Sunday newspaper, and with the company clearly making an effort to offer a variation of content, it may well prove a hit among those with broad interests.