As it stands right now, Apple’s latest high-end model of the 15-inch Retina MacBook Pro is capable of supporting 5K displays, and this is official word from the Cupertino based giant. The notebook is also the first in the company’s MacBook lineup to officially support single-stream 4K displays at 4096×2160 @ 60Hz. Further details can be found right here.

Apparently, Apple has just updated its support document marking the changes. The document details how the new machine is capable of driving both 4K and 5K external displays. Earlier models of the MacBook do support 4K displays but were limited to a resolution of 3840×2160 @ 60Hz compared to the 4096×2160 @ 60Hz output by the latest high-end 15-inch MacBook Pro. It is believed that this change, or rather improvement, comes in as Apple makes a switch to AMD GPUs. The highest-end model of the MacBook Pro now carries an AMD Radeon R9 M370X which is supposed to be almost 80-percent faster than earlier generations. All of this of course, is possible if you’re running OS X 10.10.3. 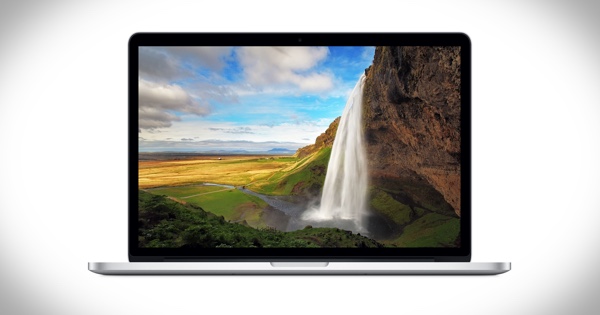 Support for 5K displays however, will not be possible as a single-stream solution. As a matter of fact, the only 5K display which is officially supported by Apple at this point is the Dell UP2715K 27-inch monitor, and this panel is powered by a dual-cable setup, one that is supported by the high-end 15-inch MacBook Pro through the DisplayPort setup taking up two Thunderbolt ports. A part of the document reads, “Some displays with resolutions higher than 4K require two DisplayPort cables to connect the display at full resolution. With OS X Yosemite v10.10.3 or later, the Dell UP2715K 27-inch 5K display is supported on the following Mac computers: Mac Pro (Late 2013), iMac (Retina 5K, 27-inch, Late 2014 and later), MacBook Pro (Retina, 15-inch, Mid 2015) with AMD Radeon R9 M370X.”

In short: if you’re looking for a powerful notebook to drive a 5K display, then the new 15-inch Retina MacBook Pro is the way to go.