At the Worldwide Developers Conference in June, Apple is expected to take the wraps off iOS 8, and in the last couple of months, we’ve been hearing all sorts of rumors with regards to what features and improvements will be added. A new concept, as well as a rather dubious leak, have almost simultaneously emerged in the wild, and with just over a month left until the grand unveiling, these new developments may offer even more of an insight into what the Cupertino has up its sleeve.

We’ll start with the leak, which takes the form of a video showing docked iPhone 5s supposedly running a beta of iOS 8. Reposted by NoWhereElse.fr [Google Translate], the clip runs through the home screen and showcases some icons of new apps that have been mentioned before, although suspiciously, the 30-second clip doesn’t take the opportunity to open any of these apps and treat us to an unofficial hands-on. 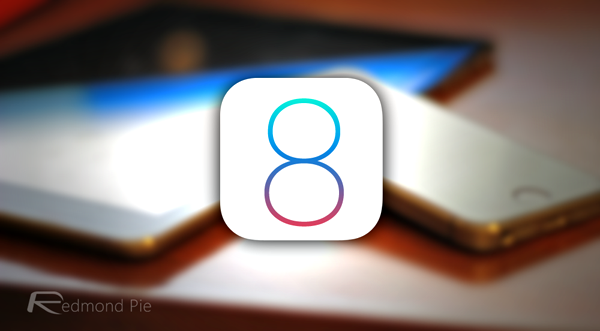 Given that, prior to iOS 7.1, all devices could be jailbroken using the Evasi0n tool, we suspect that whoever made this video has simply watched the leaks, fiddled around with the icons using WinterBoard or similar, and then done a little renaming. After all, if it was legit, it would make sense to open up the eagerly-anticipated Healthbook app and give eager tech fans a guided tour, and since we don’t even see the leaker open up Settings and show us the build number, we’re almost certain that the leak is a fake – and not a very good one at that.

The guys at TechRadar, meanwhile, have cooked up a rather delicious teaser concept of what iOS 8 may look like when unveiled, taking things a step further by showcasing iWatch integration while also presenting everything on a slick, home button-less iPhone 6 design.

As well as the new apps, including Tips, iTunes Radio and the iCloud-centered Preview and TextEdit, there’s also a revamped Notification Center. Healthbook gets a brief guided tour, syncing with the hotly-rumored iWatch device at one point, and there’s even a sneaky look at how Siri may utilize the benefits of Shazam, which is expected to be integrated with the voice assistant in the coming months.