It’s probably a fair assumption to suggest that the average iPhone user has a substantial amount of apps installed via the App Store. Some users will be extremely cautious with the storage on their iPhone and only install a few apps, but the likelihood is that most of us have a core set of apps that we use on a daily basis, and then folders containing tons of apps that are used sparingly.

With iOS 10.3, Apple is adding a new feature called App Compatibility, which essentially rips through those installed apps and tells you which ones are likely to have compatibility issues in the near future, or have been abandoned altogether. 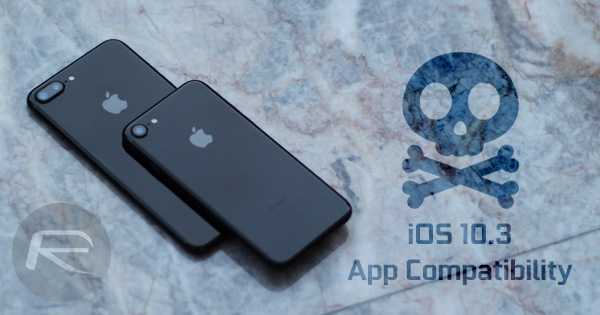 The introduction of App Compatibility within iOS 10.3 may be classified as a new feature with this particular version of the firmware, but it’s something that a number of keen-eyed users have been expecting ever since the introduction of the first iOS 10.3 beta, and more specifically, the third iOS 10.3 pre-release seed which actually put the functionality into the hands of developers.

Given how fast iOS changes with each major revision, the App Compatibility section is a quick way to alert users to installed apps which may not have been updated for a long time, or which are likely to drop off the compatibility index with the launch of iOS 11, potentially due to not being 64-bit compatible.

By navigating to General > About > Applications on the device running iOS 10.3 beta 3 or higher, users will be able to view this new App Compatibility section, which instantly displays a list of apps deemed by Apple and the checking mechanisms in iOS to be potential trouble makers on the device:

These apps may slow down your iPhone and will not work with future versions of iOS if they are not updated. If no update is available, contact the app developer for more information. 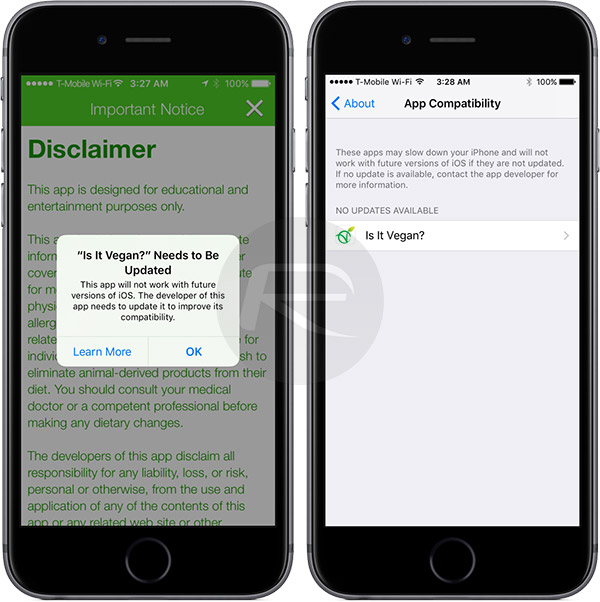 Tapping on an app within that compatibility list instantly checks the App Store for an update to see if it’s just a case of the device owner not updating the app when one is available.

The reference to not working with future versions of iOS is more than likely due to the fact that the mentioned app has yet to receive an update offering a 64-bit slice in the binary for Apple’s modern device. It’s speculated that iOS 11, when launched, will no longer allow pure 32-bit apps to launch unless the developer has submitted an update.