If you’ve been following Redmond Pie recently, you’ll know that Apple and Samsung are currently locked in copyright-infringement-based lawsuits spanning the entire globe: Japan, Australia, Germany, Denmark etc. Now keep that in mind, and check out two the ads we’ve embedded after the jump: a recent iPhone 4S ad and an all-new Galaxy Tab 8.9 ad. Samsung has, allegedly, copied Apple at another front: TV advertisements. 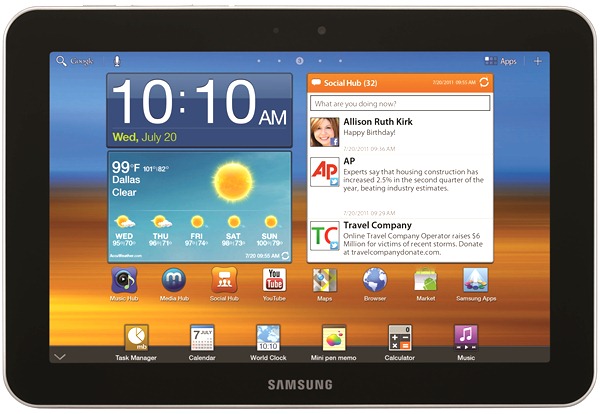 The discovery comes from our friends over at TNW Gadgets – a blog dedicated to covering everyone’s favorite gadgets and the technology that powers them – in the form of a short post in which they place two ads together – one from Apple and the other from Samsung – and discuss the similarities between them.

From The Next Web Gadgets:

Two ads, both featuring the same little girl with seemingly equal passions for both the iPhone 4S and Samsung’s Galaxy Tab. Each to their own I suppose… OR

Did Samsung intentionally plot this to mock Apple? Samsung’s ad is unashamedly similar to your typical Apple ad.

There are a couple of obvious similarities between the two ads:

Firstly, the Galaxy Tab 8.9 ad features the same young, cheery, adorable little girl as the ad from the iPhone 4S.

Secondly, Samsung’s ad has a very similar look to your regular iPad ad in that it shows the tablet adding joy to the main character’s life with engaging, fun and informative apps while doing tasks like gaming, reading, watching videos etc.

Now, either this is one big coincidence, or, as TNW’s Zee M Kane believes, Samsung is deliberately doing this to mock and provoke Apple. As unwise a move as that may be, it actually sounds possible. Samsung has released Galaxy S II ads recently which poke fun at the iPhone and iPhone enthusiasts.

That’s our opinion on the whole scenario, at least.

Now that you’ve read our analysis, you should watch the ads:

It’s now your time to opine. We’re sure you have already developed an opinion related to these ads; so be sure to leave a comment over on our Facebook page about what you think. We look forward to it.