The final version along with general availability of the highly anticipated iPhone OS 3.1 firmware is expected to be announced on September 9th, in Apple’s “Rock 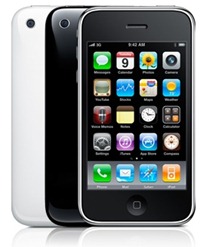 and Roll” event at Yerba Buena Center for the Arts Theater in San Francisco. Here’s a list of features that will be part of the new firmware, based on the feature set of iPhone OS 3.1 Beta 1, Beta 2 and Beta 3 come September 9th:

The final version of iPhone OS 3.1 firmware is expected to be available for download on September 9. Stay tuned as we will bring you all the updates right here when the “Rock and Roll” event goes live this Wednesday!

UPDATE: iPhone OS 3.1 firmware has been announced and can be downloaded for free for iPod touch, iPhone 2G, iPhone 3G and iPhone 3GS from here.