As is typically the case in the run-up to a new Apple product, much media attention has focused on what the Cupertino company will, and won’t be including with the next-generation iPhone, dubbed unofficially as the iPhone 5.

The upcoming smartphone, from what we can gather, will include many changes while, as strange as it sounds, remain largely the same as the current iPhone 4S. The display is set to become marginally longer – the first time Apple has deviated from the 3.5" diameter on its flagship device – while the depth of the iPhone will also be slightly reduced thanks to a revamped method of screen manufacture.

Meanwhile, the headphone jack will move to the bottom of the device, and the FaceTime camera – first introduced with the iPhone 4 – will now take up a more centered position akin to the iPod touch. The Micro-SIM will make way for the itty bitty new Nano-SIM, saving even more space, and completing the visually-noticeable (besides the very negligible) changes is the new dock connector.

Compared with other USB-connected smartphones, tablets and music players, Apple’s dock connector is rather large. Despite the iDevice range evolving significantly over the past 10 years – sharply in the past 5 years or so – that dock connector has remained the same. That’s all set to change, and it looks almost certain as though the current 30-pin arrangement will be significantly downscaled to just nine.

It’s a long-overdue move, and the next iPhone – along with a tweaked 3rd-gen iPad and a possible iPad Mini – will be among the very first recipients. To fit the last piece of the jigsaw into the story of the dock connector is USB cable company Veister, which appears to have unearthed the first sighting of the corresponding sync cable. 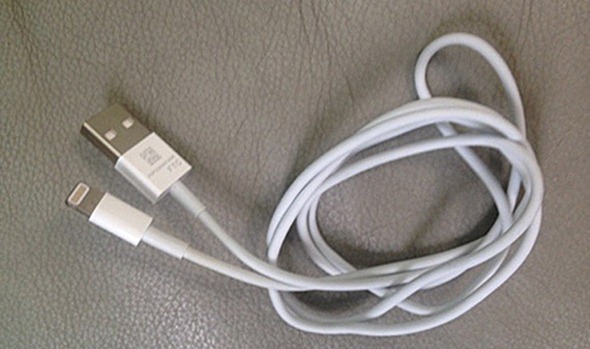 Although it cannot be confirmed, it certainly looks legitimate, and will look minuscule up against the regular sync cable we’ve all become accustomed to. Speaking of being set in our ways, history tells us there’s likely to be a bit of a kerfuffle when the new sync cable arrives. At present, most households have several cables soon-to-be deemed useless, so we’ll have that year or two period where the "new" cable is at a premium, sans when Nokia downsized its charging cable.

One thing is certain, Apple will be selling (not giving away, of course) plenty of adapters for the millions of peripherals (speaker docks spring to mind primarily), and there will likely be a bit of an outcry from those who won’t see the obvious benefits.

Still, it saves room for upgraded hardware, and we’ll keep you updated should we learn anymore about the upcoming iDevices, so stay tuned!