As powerful as Apple’s iOS is, some users will always disagree with the way certain things are implemented throughout the system, meaning there will always be a place for jailbreaking in the iDevice ownership world. One of the much discussed areas of concern in iOS is the way in which users can see what is running in the background and invoke apps from the multitasking part of the OS, something that Apple added as one of the major new features of iOS 4.

Due to the fact that a lot of people don’t like the way this has been implemented by the fruit company, various developers have come up with new ways of handling multitasking and app switching and released their work through Cydia for jailbroken users. The MissionBoard package that landed in the last couple of days is another example of a collaboration between a designer and developer to bring an app switching replacement to those who have opted to jailbreak their device. 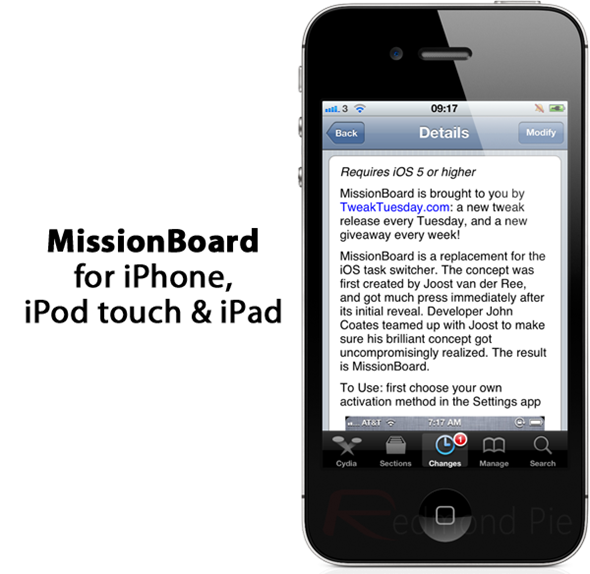 First and foremost, MissionBoard is compatible with Activator-based gestures and controls, therefore requiring the user to setup their preferred activation method as soon as the package is installed. If Activator is not on the device, it will be installed as part of this download process. The usage of the package is extremely simple and involves simply using the activation method to call up an additional switcher type view that shows all of the backgrounded apps as cards with four on each view in an iPhone and six on the iPad. Visually, it is similar to the Multifl0w tweak that has gained much popularity over the years. 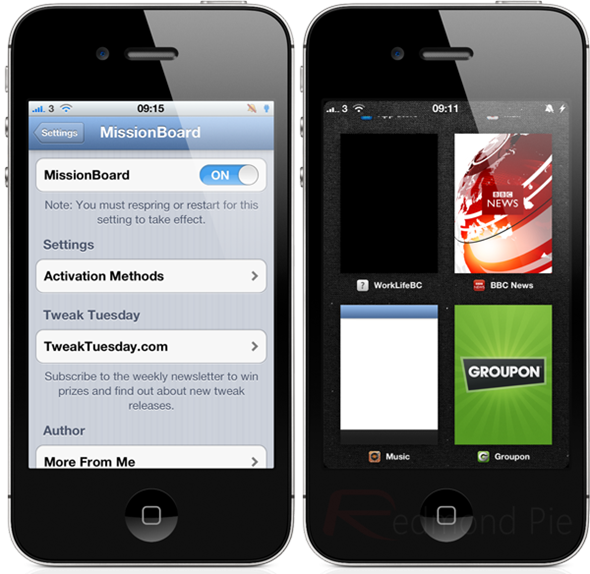 The idea of MissionBoard is good. The visual way of handling running apps in MissionBoard is good. But from my own personal usage and testing on an iPhone 4S running iOS 5.1.1, it seems that it needs a little tweaking. First of all, invoking the MissionBoard switcher is laggy and the animations feel slow and lethargic as it animates into view. Also, it works as an alternative to the native switcher as opposed to a replacement and therefore both can be activated at once, something that just provides a negative and confusing user-experience. If both of these niggles can be worked out then MissionBoard would get a double thumbs up. 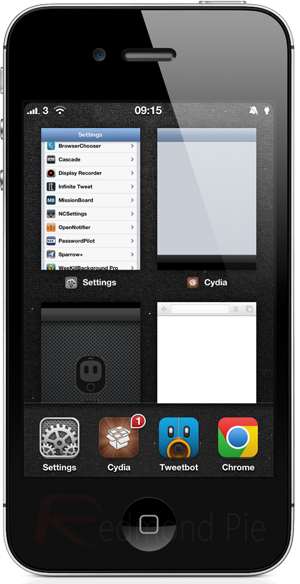 MissionBoard is available as a free of charge download from the BigBoss repository and requires a jailbroken device with iOS 5 or above installed.