We’re now less than 24 hours away from finding out what the new iPhones and Apple TV 4 will look like, and if rumors are to be believed, then we might even find out what the iPad Pro truly is. Alas, we’re getting a little ahead of ourselves there, but we do know, almost for certain at this point, that a fourth-generation Apple TV will be outed at tomorrow’s Apple event and that has some people wondering just what it will look like.

While the physical appearance of the new Apple TV is likely to be less compelling than its on-screen interfaces, the new Apple TV’s expected jump from a $99 device to one worth $149 or even $199 is also likely to come with a redesigned body as well. With that in mind, could we be about to see a new Apple TV that looks a little more premium than the black hockey puck we’re used to? Throw in the motion-sensitive remote and things could be interesting, which is why designers Martin Hajek and Andrew Ambrosino have been working together to try and come up with some renders of what the new Apple TV, and that remote, could look like. 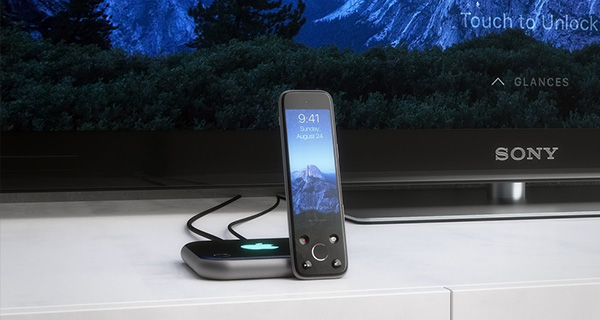 At this point, we might as well get straight out with it and admit that these renders are very, very unlikely to be anything like what Apple debuts at its event, but that doesn’t make them any less fun to drool over. The metallic Apple TV with glossy lid reminds us of an Apple Watch, and the remote takes obvious cues from the iPod touch. The latter even doubles as a game controller, with a d-pad and action buttons on the backside! 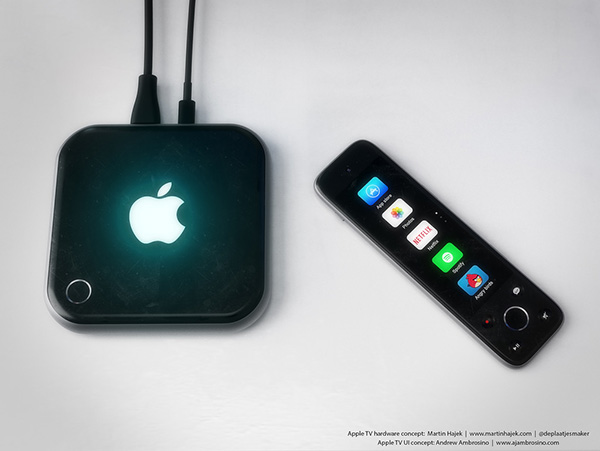 They’re both gorgeous to look at and we’d happily have that imagined Apple TV under our television any day, though we fear Apple’s hardware will be altogether less… exciting. 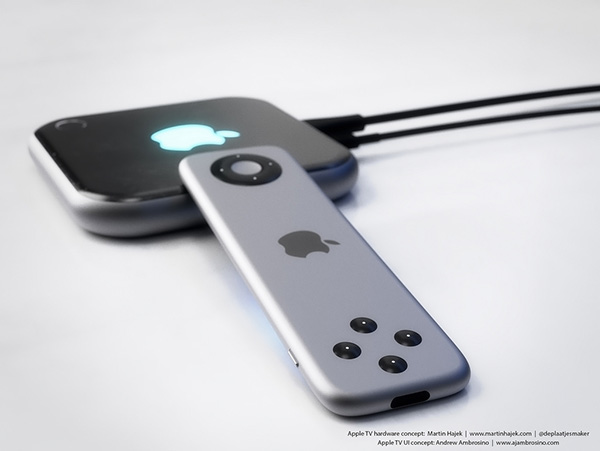 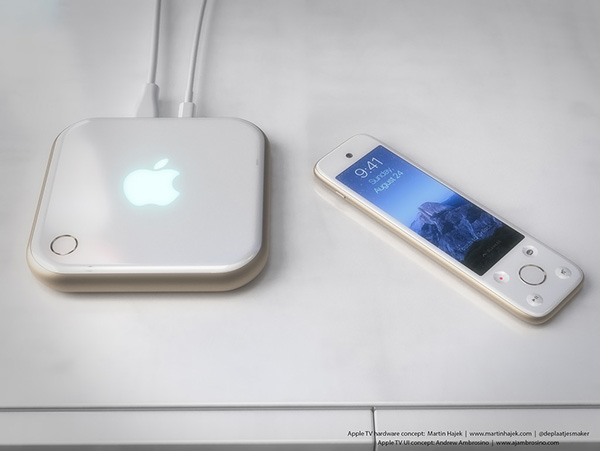 That said, just look at the renders. They’re beautiful!