We’ve already seen the iPhone 6 completely wipe the floor with Samsung’s Galaxy S5 in an unofficial speed test, and with the Galaxy Note 4 now in the process of rolling out to the masses, how does it compare to Apple’s latest and greatest in terms of the benchmarks?

Benchmark tests can be faked as we’ve seen in the past, but by and large, offer a fairly decent indication as to a device’s performance. Thus, the folks at PhoneArena decided to see how the latest and greatest devices of the mobile industry’s foremost companies stacked up against one another through a series of benchmarks. The stats and figures of various other smartphones are included, but given that both the iPhone 6 and Galaxy Note 4 are the newest, we’ll mainly be focusing on those two. 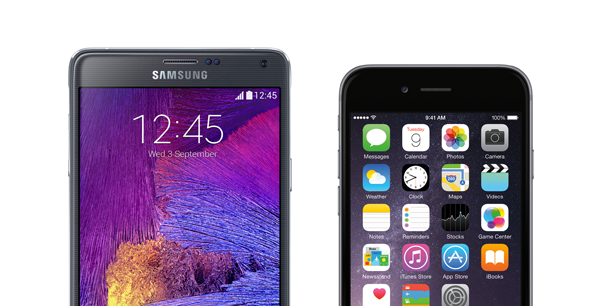 The variant of the Galaxy Note 4 running the Exynos 5433 processor was used for this particular run-down, and although the iPhone 6 is not listed in any of the charts, PhoneArena does also provide these statistics for the sake of comparison.

Even though, on paper, it may seem like the Galaxy Note 4 is considerably more powerful than the Apple A8 of both the iPhone 6 and iPhone 6 Plus, the numerous benchmarks tell quite a different story. A number of tests were carried out, including Sunspider, Geekbench 3.2 single-core and 3D Mark Ice Storm Unlimited graphics tests, and in a considerable number of them, the iPhone 6 (Plus) reigned supreme. In fact, the iPhone 6 was also pretty close in the Geekbench 3.2 multi-core tests, which is quite the feat given that the A8 is only a dual-core offering, but while the Apple device definitely emerged more favorably overall, the Galaxy Note 4 had its moments. 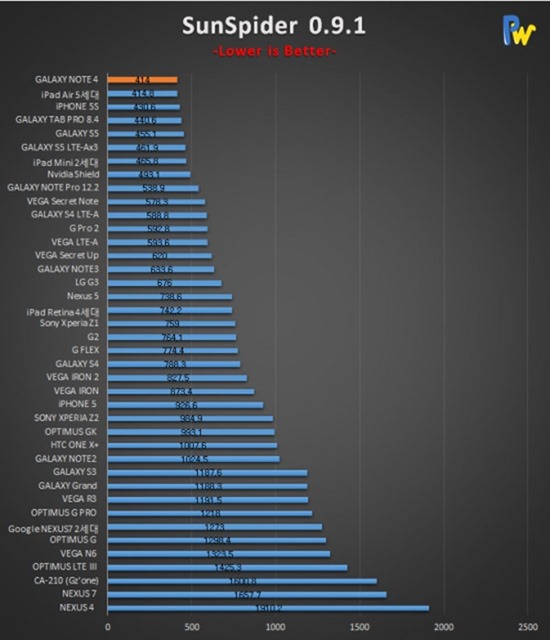 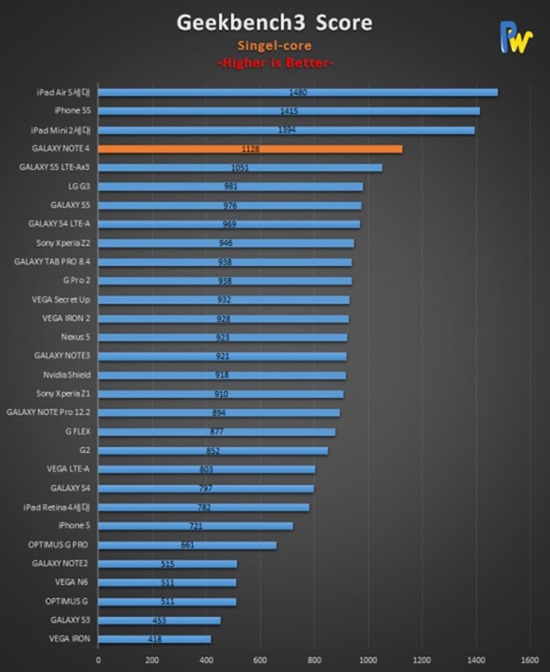 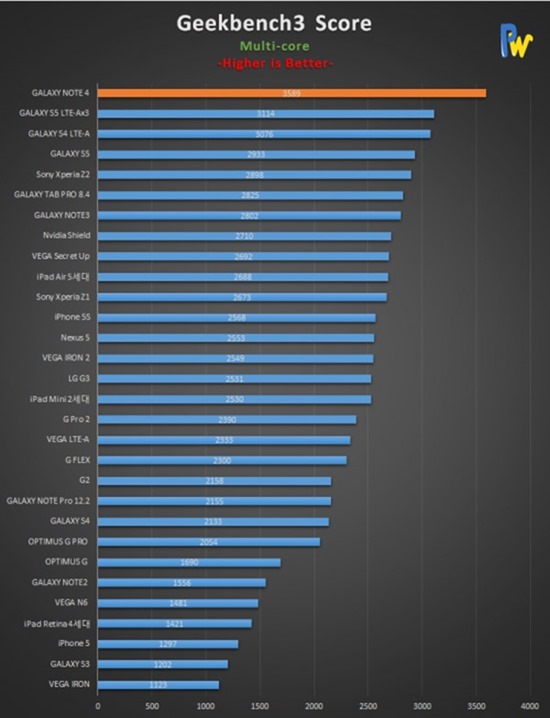 Most notably, the Browsermark 2.1 test, in which it wipes the floor with the iPhone 6 and just about any other handset one could care to name. With the higher score equating to a better score, the Note 4 managed 3,035, and while the iPhone 6’s 1,232 was way behind, it’s also worth pointing out that the second highest in this category – Samsung’s own Galaxy S5 – didn’t even exceed the 1,500 mark. 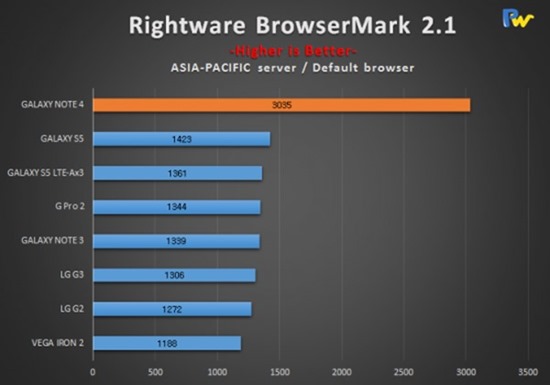 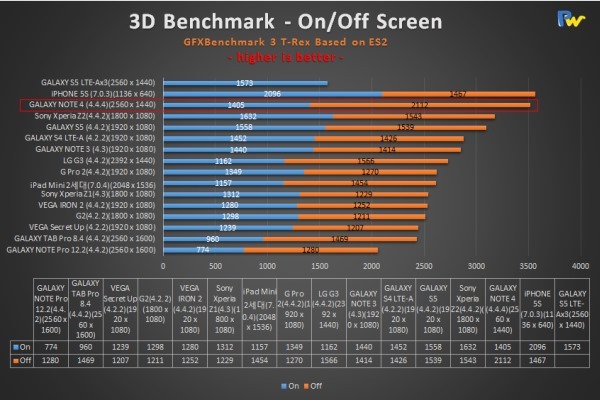 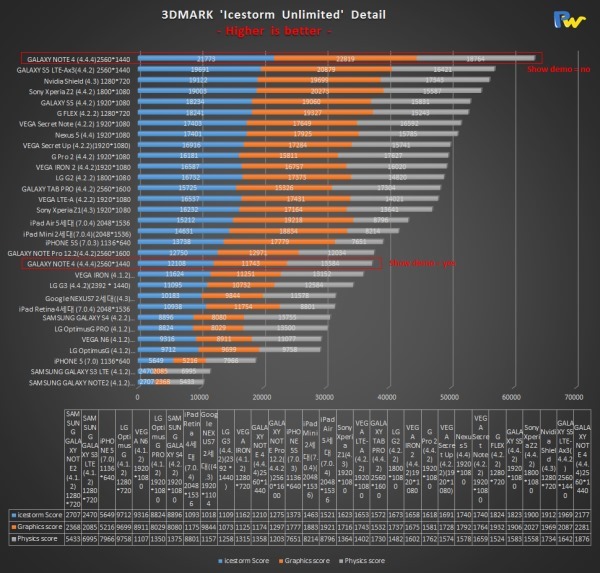 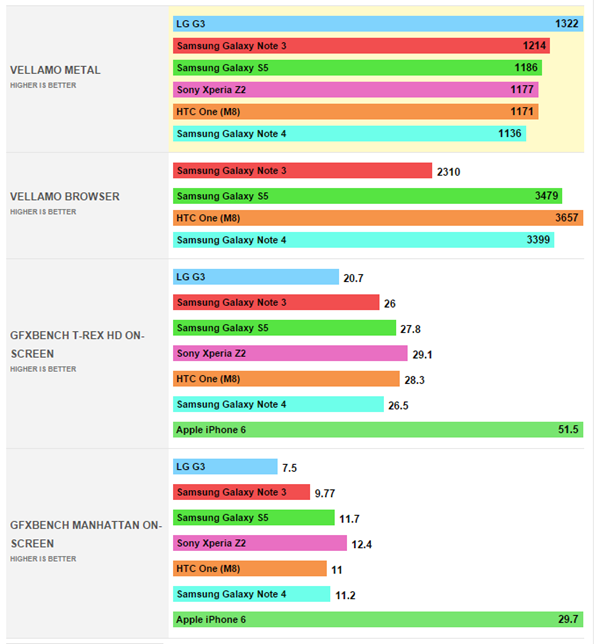 As geeks, we love to see strong benchmarks for the devices we own or are considering the purchase of, but in all honesty, most if not all high-end smartphones offer a snappy, slick experience that will more than cater to the needs of the vast majority.

Having seen these numbers, though, has it affected your mindset on your next big purchase?