Face ID has proven a big hit amongst iPhone X users for the most part, and now we have confirmation that Apple is, or has at least considered bringing similar functionality to the Mac.

This comes after it was noted that Apple has recently had a patent granted that would bring Face ID, or technology like it, to the Mac. 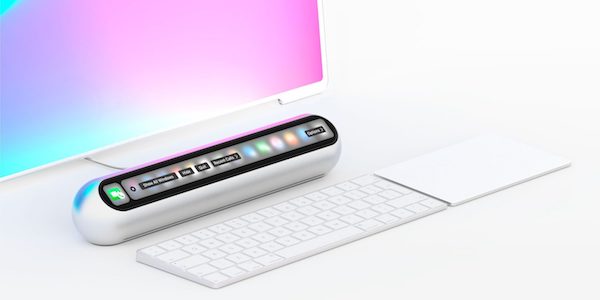 Interestingly it appears that the patent itself was applied for before the iPhone X was launched, although its description does sound eerily similar to that of Face ID with a system described for automatically logging a Mac in when it is approached.

The patent describes how Macs in sleep mode could use their camera to look for faces. This would presumably be a feature added to Power Nap, where a sleeping Mac is still able to carry out certain background activities without using much power.

If your Mac spots a face, it then uses facial recognition to wake the Mac if the user is identified […] Essentially, the Mac can remain in sleep mode while doing the easy bit – just figuring out whether or not any face is in view – and then enter a higher powered mode to run the facial recognition part before fully waking the machine.

The actual mention of facial recognition similar to the way Face ID works is one that is not made a big deal of in this particular patent, simply stating that face detection could be employed in order to detect a user’s face.

As another example, the computer may apply a face detection algorithm at step 92 in order to detect the subject’s face of depth map.

A similar patent that was spotted earlier mentions gesture control for the Mac, something that is also referenced in this new patent including the identification of “humanoid forms….in a depth map.” The changes to those forms could then be used to initiate navigation throughout macOS, for example.

As always though, it’s worth noting that an Apple patent does not a Mac feature make. In other words, this patent doesn’t mean we will see Face ID or gestures find their way to the Mac, although we can only hope at least the first one does at some point soon.