Microsoft’s hunger for the budget phone market is at an all time high, and today the company has announced a new low-end Lumia smartphone – the Lumia 430. What’s so special about it? It costs just $70. Head past the jump for more details on this new handset.

Microsoft has been pushing hard into the low-end smartphone market with its extensive range of Lumia devices, where some have been priced way too competitively. However, the Lumia 430, which comes in with a decent 4-inch WVGA display is being pitched as Microsoft’s “most affordable Lumia to-date.” Naturally, being a $70 phone, the new Lumia sports specs that are definitely modest at best, but given the price point, there’s no surprise there at all. 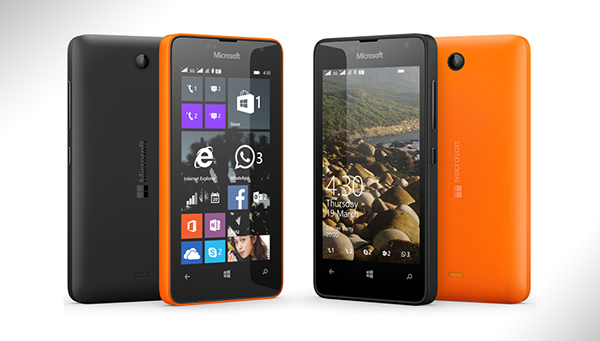 The phone carries 8GB of on-board storage, which isn’t that bad, given how many mid-range devices still lurk in the 4 – 8GB internal space arena. Microsoft is allowing for expandable storage, and has chipped in 1GB of RAM, which on this phone should be more than enough. At the heart of the phone is a 1.2GHz dual-core Snapdragon 200 processor and the battery powering up the phone measures up at 1,500mAh. At $70, the phone is literally a steal of a bargain, but obviously you won’t be getting the whole smooth and fast Windows Phone experience. However, you still get to play in the smartphone realm, albeit with a few shortcomings. 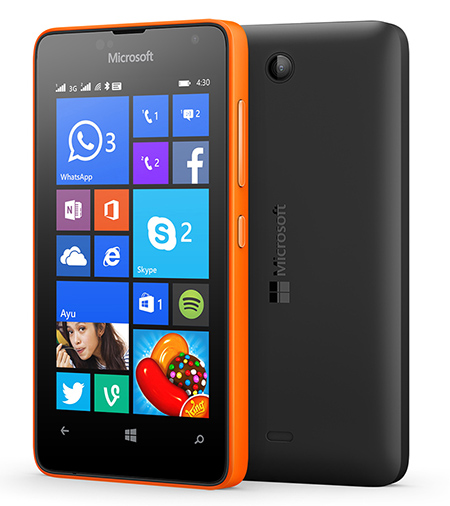 The Lumia 435 and 532 were the original budget kings in Microsoft’s smartphone lineup, but the 430 comes in as the cheapest handset yet form the software giant. The 435 and 532 are largely similar to the 430, just that the latter sports a 2MP rear-facing camera and a 0.3MP front-facing unit, which isn’t much by modern standards. 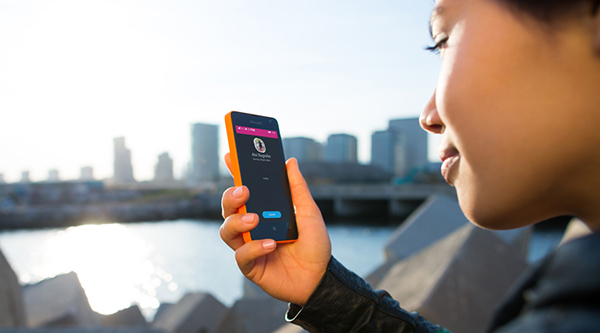 Microsoft is planning to release the Lumia 430 somewhere in April in the Asia-Pacific region, which includes India, Middle East, Africa, Russia, Kazakhstan, and Belarus. Phones like the Lumia 430 find a huge market in the developing part of the world, where expensive high-end smartphones aren’t that affordable, and devices like these can help bridge that gap between technologies and awareness by providing users an insight into the perks of a connected smartphone. 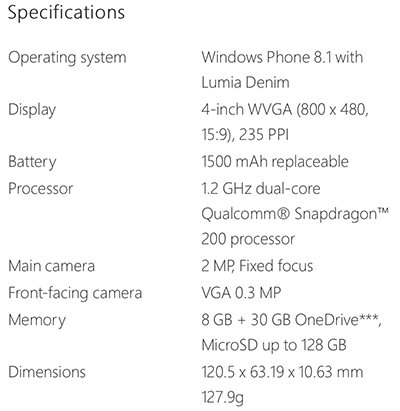 What’s your take on the Lumia 430? Let us know in the comments section below.