NBA 2K14 For iOS Is Finally Here, Download Now From The App Store

The App Store may be a treasure trove of casual games such as your physics-based puzzlers, but over the past couple of years, we’ve seen plenty of popular console franchises make the leap to mobile space. The NBA 2K series is a primary example of this growing trend, and around this time of year is when the new version usually makes its its début. Right on cue, NBA 2K14 has been released for the iPhone, iPad, and iPod touch, and if you’re a big fan of basketball, you’ll certainly want to be checking it out.

Apple’s iOS device range has improved significantly of late, and this has, in turn, enabled the roster to facilitate some higher-end gaming experiences. As well as NBA 2K, the likes of Madden NFL and FIFA draw millions of downloads annually, and although we’re not quite yet at the level offered by the major consoles in terms of graphics and general gameplay, the gulf between the two platforms is certainly not as prominent and obvious as it used to be. 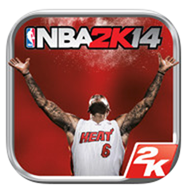 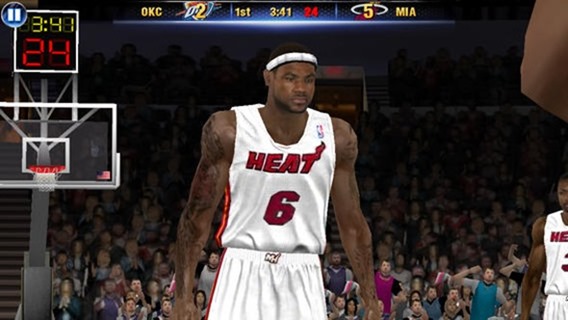 The NBA 2K series is certainly the most popular among folks who love nothing more than to shoot virtual hoops, and as ever, there are plenty of improvements and tweaks to the title versus the last release. 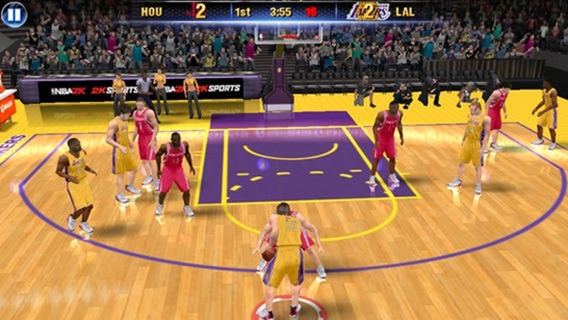 The only downside, I guess, is that the game costs $7.99, which may put some gamers off. Of course, when one factors in the improvements made to offer vaguely console-levels of experience, it’s not surprising that developers and publishers expect better compensation for their efforts, but the fact that games used to cost no more than $1.99 as something of a de facto rule, it’s been rather difficult for the creators of the big franchises to creep the prices up. 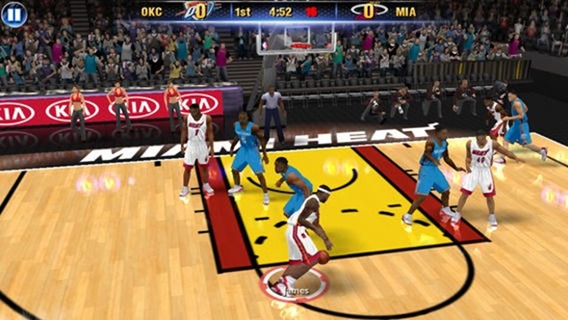 Whatever your view on the cost, you’re not going to find a more thorough basketball experience around for the iPhone, iPad, or iPod touch, so if you’ve been waiting for a refined, challenging b-ball title to supplement the season, you could do a lot worse than grabbing NBA 2K14 from the direct link below.