If you are a long term, regular user of the Cydia store then you might be familiar with the MultiIconMover tweak which was created and submitted by Lance Fetters quite some time ago. One of the most annoying thing about a stock installation of iOS in my opinion, is the fact that when in editing mode. you can only select and move one icon at a time. I am sure Apple has some deep underlying reason why it is so, and always has been the case, but the bottom line is; from a user experience point of view it just seems pointless.

Lance Fetters, also known by his online moniker Ashikase, is probably most famous for creating the wonderful FolderEnhancer tweak as well as the original Categories enhancement which was extremely popular prior to Apple including Folders natively in iOS 4. I personally had quite an in depth conversation with Ashikase through IRC when I was experiencing some serious technical difficulties, and he patiently sat talking me through things for over an hour so as well as being a great developer. he is also a genuine person.

MultiIconMover is one of those tweaks which doesn’t really need a great deal of introduction as it does exactly as the name suggests. By hooking into the default SpringBoard behavior, the MultiIconMover tweak allows users to select multiple icons via a tap, and then place them onto a new SpringBoard screen or within a folder by pressing the Home button. The icons are highlighted with a familiar red check mark meaning that they are ready to be moved. 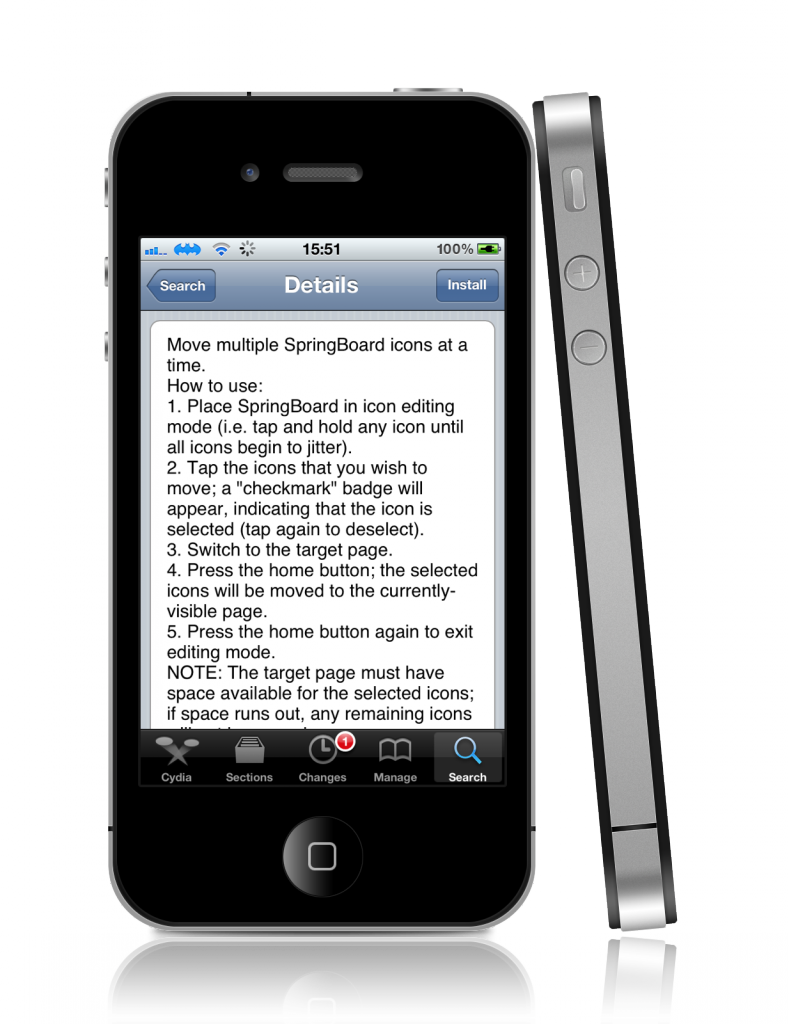 Obviously enough, space should be available on the new home screen to accommodate the number of icons the user is attempting to move. Not a great deal of information is given about compatibility of this tweak, but I personally use it daily on an iPhone 4S running iOS 5.0.1, so it is obviously compatible up to the latest version of iOS.

I have noticed a little bug which manifests itself when locking the device when the icons are still in ‘wiggle’ mode. This causes edit mode to be exited, and the device needs a respring or reboot before the MultiIconMover tweak can be used again.

With the little niggling issue aside, MultiIconMover is a simplistic but powerful tweak which definitely solves one of those small iOS issues which people struggle to understand why it is still a problem.

MultiIconMover is available free of charge from the Big Boss repository.