In a move to inspire a new generation of coders and young software engineering enthusiasts, Microsoft has joined forces with the Computer History Museum to release the source code for the iconic MS-DOS, as well as Word for Windows. Full details of this deal, as well as what it could potentially mean for the technologists of tomorrow, can be found found after the fold.

When we think of Microsoft in the modern day, we immediately consider, for example, Windows 8.1, the Xbox One, Office 360, and the recent appointment of Satya Nadella as CEO. But these key products and events are just the latest in a long, winding road that Microsoft has taken to become such an influential player in modern tech space, and as Nadella himself knows only too well, the Redmond company has a rich history in software engineering that stretches back many decades. 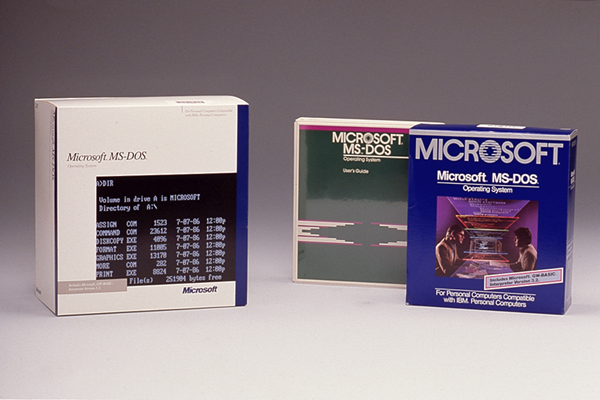 MS-DOS and Microsoft Word for Windows is at the heart of what Microsoft stands for as a company – the software maker – and by signing this deal to release the source code, those with a vested interest in computing will get to see how such programs were created from the ground up.

Making an announcement by means of a blog post, Microsoft Research’s Roy Levin noted that the agreement with the Computer History Museum, which will bring the source code of MS DOS 1.1, 2.0 and Microsoft Word for Windows 1.1a into the public domain, will allow others to "understand the roots of personal computing."

Microsoft has long since been an innovator in the PC market, and has had, without doubt, the strongest bearing on modern technology as we know it. Word for Windows, for example, was released in 1989, and as well as accounting for half of the word processing market within just four years in terms of revenue, it has remained the authority this particular field ever since.

The deal between Microsoft and the Museum is the latest in a continued push to get the source code of antiquated software out there in the open for all to learn from. Just last year, for example, the source of the 1989 edition of Photoshop manifested itself, and even though personal computers are still a relatively new phenomenon, it’s good to see that an effort is being made to protect its young history.