Motorola has joined Samsung to pour more salt on Apple’s iPhone 4 wounds. In a new Droid X ad which appeared today in the New York Times, Motorola laid the smack-down on both Apple and iPhone 4 by taking on the whole antennagate with its new slogan “No Jacket Required”. 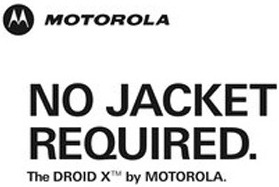 At Motorola, we believe a customer shouldn’t have to dress up their phone for it to work properly. That’s why the DROID X comes with a dual antenna design. The kind that allows you to hold the phone any way you like to make crystal clear calls without a bulky phone jacket. For us it’s just one of those things that comes as a given when you’ve been making mobile phones for over 30 years.

This strong reaction of Motorola is most likely caused by one of the latest videos by Apple, which shows how the Droid X loses signals when gripped in a certain way. 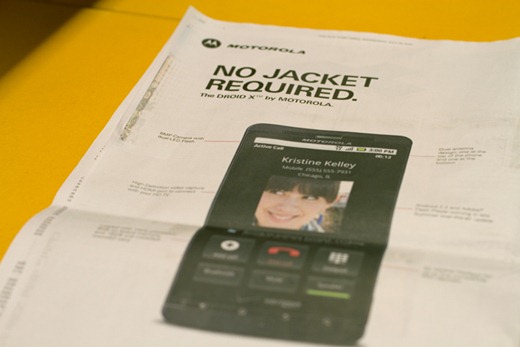