Motorola, despite no longer being owned by Google, continues to harbor close ties to its former overlord, and as such, churns out decent new smartphones every year. This time, it’s the turn of the refreshed Moto X handset, which the company has already slated for arrival later this year, and for the first time, we may now have the scoop on those all-important technical specifications.

The thrill of the chase is a phrase that aptly describes the modern mobile market. As much as we love unboxing and testing out new gadgets as and when they arrive, we spend just as much time tracking down the details beforehand, and in the case of the Moto X (2015), it would appear that most of the key information has just been divulged. 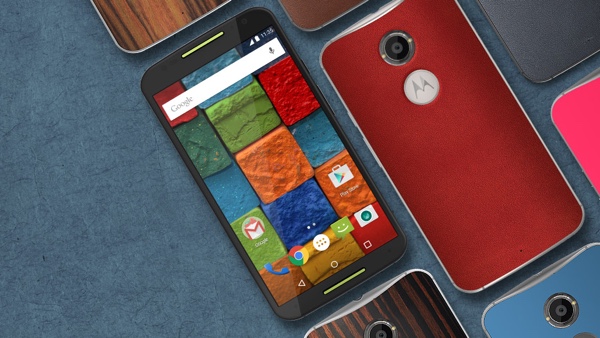 The specs list has been shared, anonymously, of course, via the folks of STJS Gadgets Portal, and if you’re a fan of top-tier hardware, then you’re in for quite a treat. As you’ll see from the image, the run-down of features includes a 5.2-inch Quad-HD AMOLED display, which will show up all of the smaller details of photos snapped on the rear-facing 16-megapixel camera.

The front shooter, meanwhile, may be a 5-megapixel affair, and while the secondary camera was once placed onto a device as something of an afterthought, the rise of the selfie has prompted vendors to rethink the old strategy.

Horsepower will, per the spec sheet, be provided by virtue of a Snapdragon 808 processor allied to an almighty 4GB of RAM, while the 3280mAh battery should keep the thing juiced up for a day’s use.

Storage-wise, you’re looking at the typical market set-up of 32GB or 64GB of storage, and since there’s no mention of expansion, we’re left to presume that the new Moto X will follow the footsteps of its would-be predecessor and not offer microSD compatibility.

The Moto X (2nd Gen.) of last year was our favorite Motorola to date here. The Nexus 6, with its 6-inch display, just felt a little too unwieldy for our taste, and as such, we’re looking very much forward to seeing what the Moto X (2015) brings.

The device, which, as you can see, may run Android 5.1.1 out of the box, should be here by September if Motorola plans on keeping with the trend of annual release cycles, and should we hear more, we’ll have it covered right here.