Motorola has just launched the second generation of its most affordable smartphone, the Moto E. The new device comes with some subtle changes under the hood, and a few cosmetic tweaks which make up for a much needed refresh. Head over the jump for further details on the phone.

The new Moto E is sticking with the qHD (540 x 960) display akin to its predecessor, which is an acceptable resolution really for a budget phone. Not that the 4.3-inch display on the original Moto E was small, but a bump of the screen size to 4.5 is likely to improve the appeal of the phone. However the biggest changes are perhaps to be found under the hood with the new Snapdragon 410 chip. The CPU is now not only faster than before, but coupled with the Adreno 306 GPU, the 410 chipset now brings in 4G LTE networking to the phone. 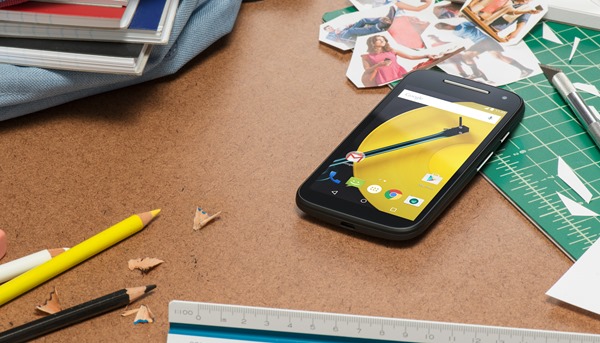 Being a post Android 5.0 Lollipop release, the Moto E will be running Google’s latest mobile OS right out of the box, which quite honestly is a big deal for many. The OS is being powered by a 1.2GHz quad-core processor coupled with 1GB of RAM and 8GB of on-board storage compared to the 4GB found on the earlier Moto E. Another area where Motorola has made some changes is the 5MP rear-facing camera which now includes auto-focus, while a front-facing VGA camera also makes the cut on the new Moto E. The rear shooter can now record videos in 720p as well, and the phone comes bundled with Motorola’s Quick Capture and Active Display feature, made popular by the original Moto X. 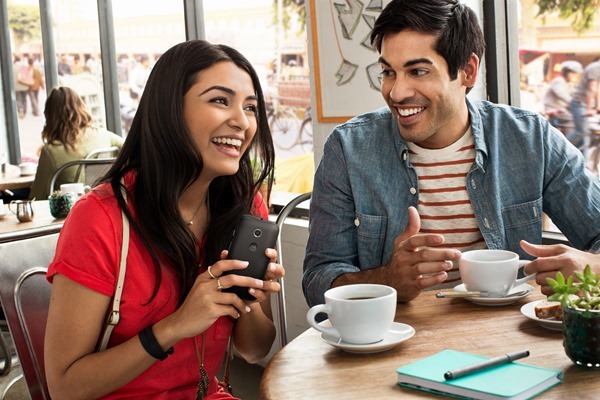 On the design front, Motorola continues with its original aesthetics, but instead of swappable back covers we saw on the older Moto E, this year’s model introduces a new colored band around the borders, including larger Grip Shell cases as well. The phone itself comes in two colors, white and black.

The new Moto E will retail for around $149, while the 3G-only model will go for a mere $119 though this model also carries the older Snapdragon 200 chipset.