Google’s latest iteration of Android will be reaching out to several handsets on the HTC roster in the early stages of next year, if a note on the company’s official Facebook page is anything to go by. 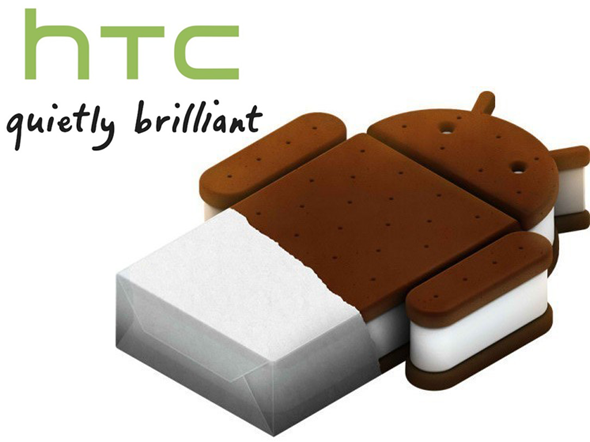 With Samsung confirming the Galaxy Nexus’ release date as November 17th alongside Ice Cream Sandwich, it presents Droid heads with their first opportunity to tuck in. The long-waited Android 4.0 is heavily influenced by the previously tablet-exclusive Honeycomb software and includes many sought-after new features as well as improvements to the fundamentals.

In the latest, Taiwan-based HTC has stated that its Sensation, Sensation XE and Sensation XL handsets will all receive updates of the latest Android ICS, as well as the Stateside releases of the HTC Vigor and HTC Rezound. In addition, the EVO 3D, EVO Design 4G, Vivid and Amaze 4G will all be upgradeable "through close integration with carrier partners," which suggests that there may be a few delays with those releases.

Unfortunately, the post wasn’t any more specific than "early 2012", and as most of you smartphone fans will already know, forecasts and actual release dates do not always correlate. Nonetheless, it’s promising news for those looking forward to Ice Cream Sandwich, and with such a wide array of smartphones on the market, HTC will be a key distributor in the Big G’s battle to remain at the summit of the mobile OS war.

Apple has enjoyed a promising start with its own new entry iOS 5. Bolstered by the release of the iPhone 4S, consumers have flocked to adopt iOS 5 in their millions – keen to enjoy new features such as iCloud, Newsstand and Twitter integration. With Microsoft’s metro-licious Windows Phone 7.5 Mango joining the fray, it certainly makes for a tasty battle.

The HTC social-network-press-release added, "We’re continuing to assess our product portfolio, so stay tuned for more updates on device upgrades, timing and other details about HTC and Ice Cream Sandwich," which could mean that more devices are added to the Ice Cream Sandwich hitlist over time.

Which mobile OS are you? Are you enticed by the Honeycomb-Gingerbread offered by Google, or do you prefer the somewhat healthier alternatives of Apple’s iOS 5 or Mango? Leave your thoughts and opinions on our Facebook page!