It’s finally here folks, today is the when Apple has flipped the switch on iOS 5, and millions upon millions of iPhones, iPads and iPod touches are in the process of being updated to the latest and greatest mobile operating system to come out of Cupertino.

This fifth iteration in the iOS saga is perhaps the biggest change that Apple has made to the software that runs on all our iDevices, since the implementation of the App Store. We’ve been playing with iOS 5 for quite some time now, and we’re sure you’re going to like what you see when you have finally installed iOS 5.

In order to give you an idea of what to expect, what has changed and what to look out for when your iDevice restarts post-update, we’ve put together a video showing just what Apple has added to iOS this time around, and there’s quite a bit. 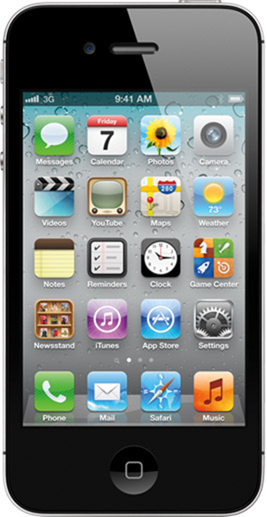 The vide covers everything we could think of: there’s iMessage, the new messaging service that Apple believes is on a par with the likes of BlackBerry Messenger, offering instant messaging for free across all iOS devices running iOS 5.

Then there is the vastly improved Notifications Center, improvements to Camera app, the all new Reminders and Newsstand apps, Twitter integration, and lots more. Mail client has also got a significant update! It now supports rich text for adding bold, italic or indentations to your emails. Flagging messages is also now part of Mail in iOS 5 too, something that many Exchange users have been crying out for recently.

The list of changes goes on and on. Possibly the most trivial, yet something that we still can’t quite believe has taken Apple five versions of iOS to get working, is the landscape calendar. Yes, it’s finally there, and, well, it’s your calendar, but sideways. No surprised there, then.

We could go on forever talking about the new additions to iOS 5, but the best way to get the lowdown is to watch the video.

In case you have been living under a rock or something, Apple today has released a tons of new software, services and updates, including iCloud, OS X 10.7.2 with iCloud support, Find My Friends for iOS, Cards for iPhone, AirPort Utility for iOS, iTunes Movie Trailers app, iWork 1.5 with Documents in the iCloud support, and more.

Final version of iOS 5 for iPhone, iPad, and iPod touch can be downloaded from here.