We told you recently about a collection of photos sent to MacRumors of what the tipster claimed was a 128GB 5th generation iPod touch. And now another site has more photos. 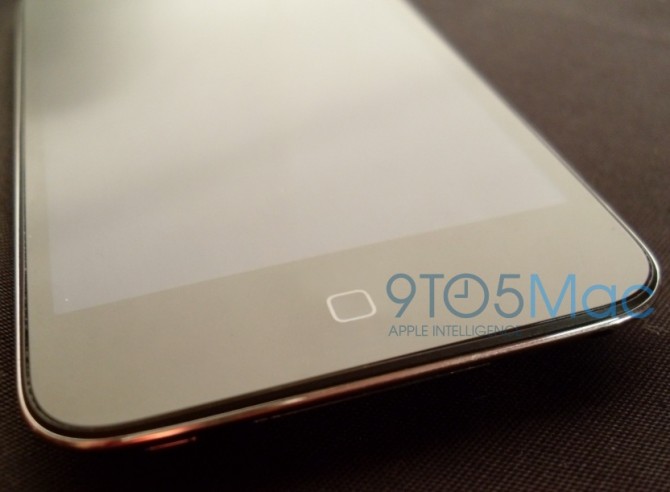 As 9to5Mac points out, the photos and their contents are of questionable authenticity, though the particular photo above does at least look genuine.

The capacitive home button can be seen clearly above, a possible design choice that seems to have split the internet, with some liking the idea and others not so keen. We’re fans at Redmond Pie, though that obviously doesn’t make it real!

More photos when they pop up.