Microsoft will be, as promised, delivering consumers a preview of what they can begin to expect with the upcoming Windows Phone 8 next week, but with WWDC now firmly in the past, it appears as though the tech world has already begun to focus its attentions on what the Redmond-based software maker has in the pipeline.

The special event, which has been labeled as a "sneak peek" by Steve Ballmer’s company, and although efforts have been made to obscure the exciting new features from the prying eye of the public, in this digital age in which nobody is more than a click, e-mail or tweet away, the cover may already have been blown.

Supposed leaked screenshots now appear to have emerged into the wild, but despite a great deal of fuss being made by various blogs, nobody seems to be able to verify them. At this stage, with a media event just around the corner, fans and enthusiasts often take it upon themselves to conjure up something to keep chins wagging in the build up to the announcement.

If it is the work of Microsoft evangelists, well, they’ve done a pretty stellar job. The screenies, if real, however, appear to confirm the hotly-rumored deep Skype integration, which makes a lot of sense given the acquisition of the VoIP telecoms company for a $12.5 billion price tag – making Facebook’s purchase of Instagram look like chicken-feed. 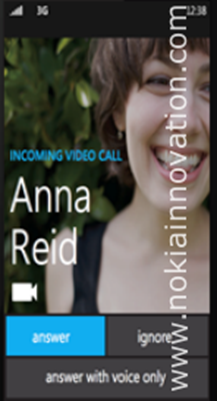 The screenshots arrive courtesy of an anonymous tipster of Nokia Innovation, and whenever an anonymous source is involved, fabrication is usually its partner-in-crime, so we’ll take these purported leaks with the proverbial pinch of salt.

Still, with the above in mind, there’s no harm in taking a closer look at what might be, and from what we can gather, it appears as though Skype calls will be received in an identical manner to that of cellular calls, which, to me, is about as good an integration as you could possibly ask for. According to Nokia Innovation’s accompanying report, you can also easily ignore a Skype call as you would a normal call, so if somebody’s bugging you for a gossip whilst you’ve a more productive task in progress, your Windows 8 interface will have your back. 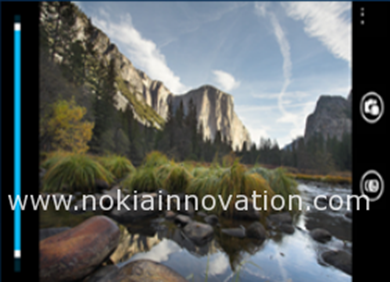 As well as Skype, there looks to be a brand-new camera app with a cleaner, minimalistic approach. With just two buttons and a zoom slider, it looks set to perfectly compliment the hopefully improved cameras of Windows Phone devices.

Although the screens look genuine enough, we wouldn’t like to call it either way – especially when more plausible fakes have not born fruit when official announcements have been made in the past. 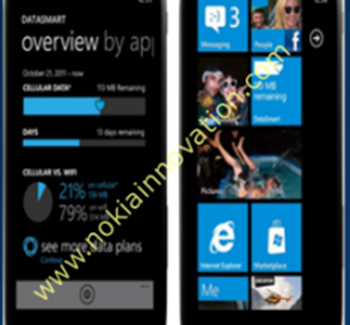