Mirror Your iPhone, iPad, iPod touch To Your Mac Via AirPlay Mirroring With Reflection App

Although many computer and software makers out there are largely similar in key areas, there are a few elements which make Apple and its Mac/OS X/iOS combination just that little bit classier.

Whether you love or loathe the quintessentially-Apple traits, the charm and elegance in which devices seem in harmony with each other is certainly appealing. AirPlay mirroring is a prime example – allowing you to effortlessly reflect the content of your iDevice’s screen onto your HDTV via Apple TV.

For some reason unbeknown to consumers, said mirroring functions don’t stretch to the Cupertino’s range of Macs. There are a variety of reasons why someone might like to project the screen onto an iMac or MacBook Air as opposed to their television sets – the main one, of course, being many people haven’t invested in the $99 little black box. 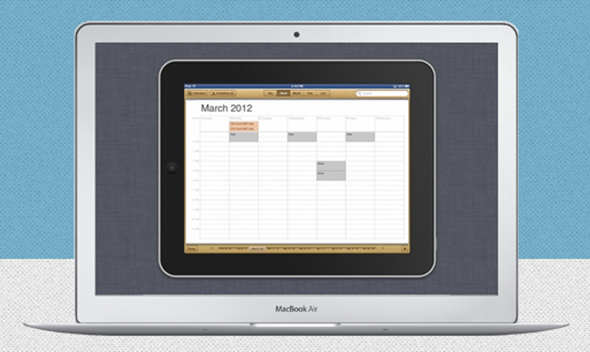 As expectant, demanding consumers, we’ve come to gratefully lean on developers to fill those gaps left by Tim Cook and Co., and if you fancy mirroring your device on your Mac, your prayers may just have been answered.

Reflection is a very well pieced together mirroring receiver for OS X, allowing for ease-of-presentation on a larger display. It will set you back $14.99 for a single license, or a very reasonable $39.99 for five. In an age where many apps are overpriced, we don’t often see such significant bulk-savings.

With Reflection, there is no lag, so you could – for example – create any form of presentation or demo and have it stream to your Mac in real time. The developers have been working tirelessly in an effort to refine the product, and it now really does look close to being the finished article. In addition to mirroring, there’s full audio support, along with an abundance of orientation and video optimization features which essentially turn your Mac into an elaborate iPhone or iPad.

TUAW’s Erica Sadun has been testing it from its Alpha infancy, and notes that while Reflection has a few kinks, it’s great for day-to-day use, mirroring your iPad as if you were using an Xcode Simulator.

If you’re not looking to spend quite so much without testing the water first, Reflection allows for a limited-time trial, allowing you to assess whether it’s worth the money.

To get started with Reflection, simply head over to the developer’s site.